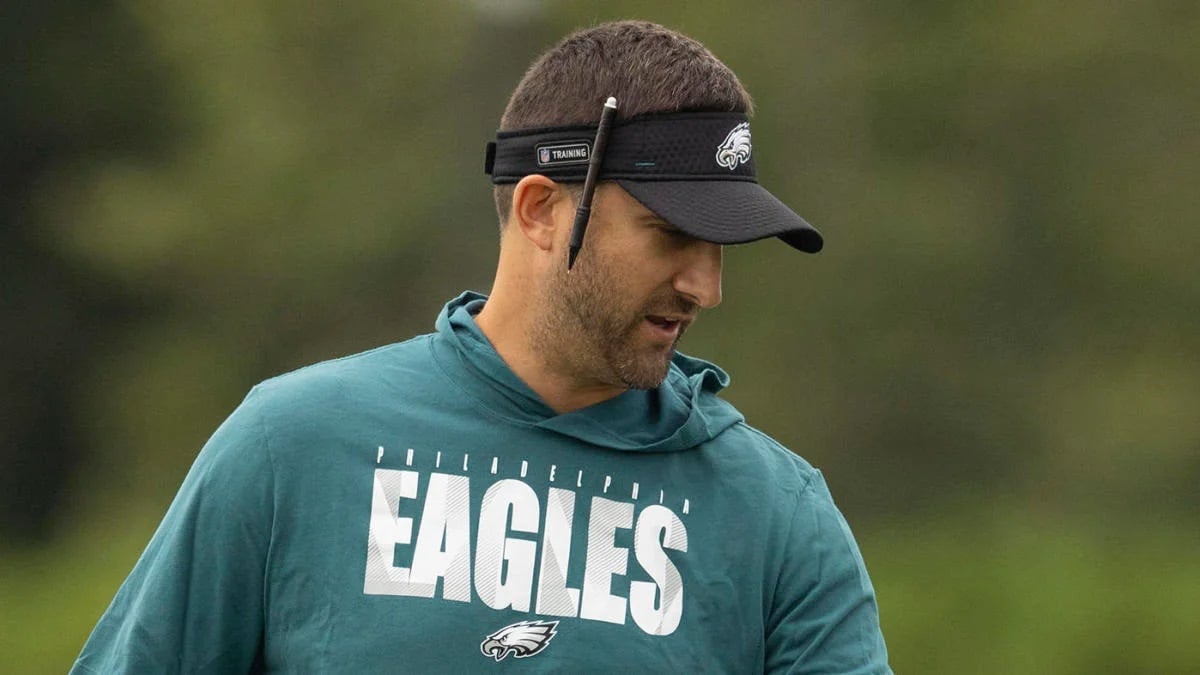 Nine weeks into the NFL season, Nick Sirianni from the undefeated Philadelphia Eagles is the betting favorite to win the Coach of the Year at -135 odds, according to a recent update from DraftKings.

Kevin O’Connell from the Minnesota Vikings (+650 odds), Pete Carroll from the Seattle Seahawks (+800), and Brian Daboll from the New York Giants (+800) are the other betting favorites to win Coach of the Year.

Three of the last five head coaches who won NFL Coach of the Year were in their first season with their new team. That list includes Sean McVay from the Los Angeles Rams in 2017, Matt Nagy with the Chicago Bears in 2018, and Kevin Stefanski from the Cleveland Browns in 2020.

Mike Vrabel from the Tennessee Titans won the 2021 NFL Coach of the Year last season.

In his first season with the team last season, Sirianni guided the Eagles to a 9-8 record and a second-place finish in the NFC East. The Eagles lost to the Tampa Bay Buccaneers in the NFC wild-card game, but they haven’t lost a game since then and are one of the favorites to win Super Bowl LVII.

Sirianni was the offensive coordinator with the Indianapolis Colts under Frank Reich before he took over as head coach of the Eagles to replace Doug Pederson.

Sirianni has the inside track to winning Coach of the Year at -135 odds, but it’s a long shot for the Eagles to finish the season with an undefeated record of 17-0. The Eagles have five more home games against the Washington Commanders, Green Bay Packers, Tennessee Titans, New Orleans Saints, and New York Giants. The Eagles hit the road to play the Indianapolis Colts, Giants, Chicago Bears, and Dallas Cowboys.

The Vikings are 7-1 under Kevin O’Connell, who won the Super Bowl last season as the offensive coordinator with the Los Angeles Rams. It’s easy to dismiss the Vikings’ success with O’Connell using Sean McVay’s playbook from the Rams. The Vikings average 24.1 points per game this season under O’Connell with a well-balanced running and passing attack.

The Vikings are the team to beat in the NFC North as a massive -3500 favorite to win the division. Only the undefeated Eagles won more games.

O’Connell is the closest competition to Sirianni at +650 odds to win Coach of the Year.

A rejuvenated Pete Carroll has the Seattle Seahawks back at the top of the NFC West. Everyone dismissed him as a crazy old man when he said the Seahawks could win the division with backup quarterback Geno Smith replacing Russell Wilson as the starter.

Wilson has struggled since getting traded to the Denver Broncos, and fans are starting to wonder if he was overrated during his time in Seattle and if Carroll was the true mastermind behind the Seahawks’ success over the last decade.

The Seahawks are 6-3 and trying to hold off the San Francisco 49ers to win the division. At 71 years old, Carroll is one of the oldest coaches in the NFL. He’s never won the Coach of the Year despite winning a Super Bowl with the 2013 Seahawks.

The Giants are 6-2, and only the Eagles and Vikings have won more games in the NFC. Head coach Brian Daboll would have been a lock for Coach of the Year if the Eagles weren’t undefeated and crushing everyone in their path and if the Vikings didn’t jump out to an impressive 7-1 start.

Daboll earned a sterling reputation as the offensive coordinator of the Buffalo Bills before joining the Giants as their head coach. Daboll has good value at +800 odds in his first season with the Giants.

Robert Saleh was one of the top defensive coordinators in the NFL during his stint with the San Francisco 49ers. He joined the Jets last season, even though everyone tried to talk him out of taking over as the head coach of the LOL Jets.

After a difficult 4-13 season as a rookie head coach, Saleh is helping the Jets erase their LOL moniker. He already beat preseason expectations because the Jets had a projected win total of 5.5 games. The Jets are 6-3 and riding sky-high after an upset over the Buffalo Bills on Sunday.

The Jets have a tough schedule in the second half of the season and might not be a lock for an AFC wild-card spot. However, Saleh has Gang Green on the right track for the first time in over a decade.