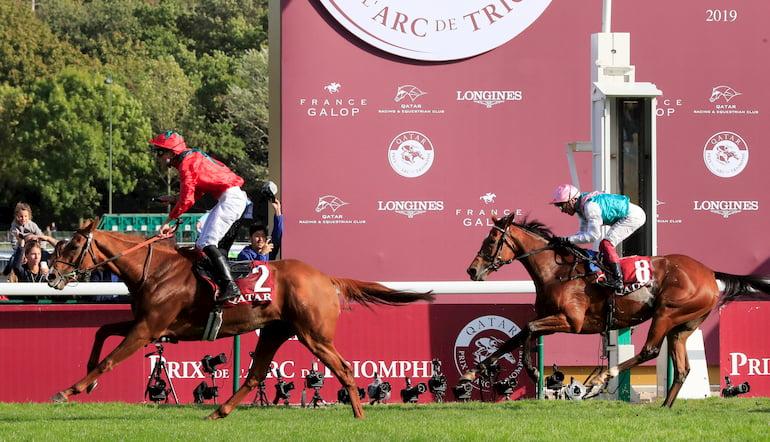 Horse racing is a contentious topic everywhere. While some believe it should be erased permanently, others believe it still has merit. Many French citi is experiencing a little of both. However, an increase in betting on the ponies in the country has BtoBet predicting races will make a strong return.

Over the past several years, horse racing in the US has come under fire following a string of deaths at the Santa Anita track. Some states, like Florida, have already seen legislation this year to bring races to an end. Those efforts, though, are being fought heavily.

Part of the resistance to banning the activity is the resurgence that appeared in 2020 during the COVID-19 pandemic. This was seen across the pond as well, with an increase in races and race betting found in countries like the UK and France.

“The industry’s rapid evolution in terms of available content offering, aided by the growth and migration towards online channels, has resulted in operators and bookmakers alike eyeing horse racing as a new revenue stream,” BtoBet asserts.

Gross gaming revenue increased by 33% this year. This is a new benchmark, according to BtoBet. However, there was also a 15% loss in turnover.

Last year, France saw €1.5 billion (US$1.68 billion) in horse race betting,  according to the country’s l’Autorité Nationale des Jeux (ANJ). This was an increase of 31%, and BtoBet used this as the basis for its prediction.

As part of Aspire Global’s “Horse Racing Betting Focus” report, the gaming operator explained that last year’s results are an indication that a “renaissance” of horse racing is coming.

The Case for Dubious Resilience

Across the globe in 2020, there were fewer gambling options than what was available a year earlier. Some of the void was filled by online gaming. But this market wasn’t available everywhere.

Horse racing has a long history that significantly predated the pandemic. Gamblers were able to turn to the races that were still being run to find some action. In the US, an increase of more than 200% in interest in the competitions was seen from 2019 to 2020.

However, the interest may not endure. It hasn’t helped that there have been additional horse deaths. One was famed Kentucky Derby winner Medina Spirit just recently. The three-year-old thoroughbred died at Santa Anita – the same track where so many others have died.

Medina Spirit was at the center of a scandal that accused trainer Bob Baffert of having injected the horse with steroids before the Kentucky Derby win. That was just one of several high-profile doping cases.

The latest involves a leading racing family in France, which is sure to dampen the mood on a possible renaissance in the country.

Horse racing continues to secure a major market share, despite the ongoing issues. It isn’t going away yet. But, in the US, it is now only worth around two-thirds of what it was in 2012, according to Statista.