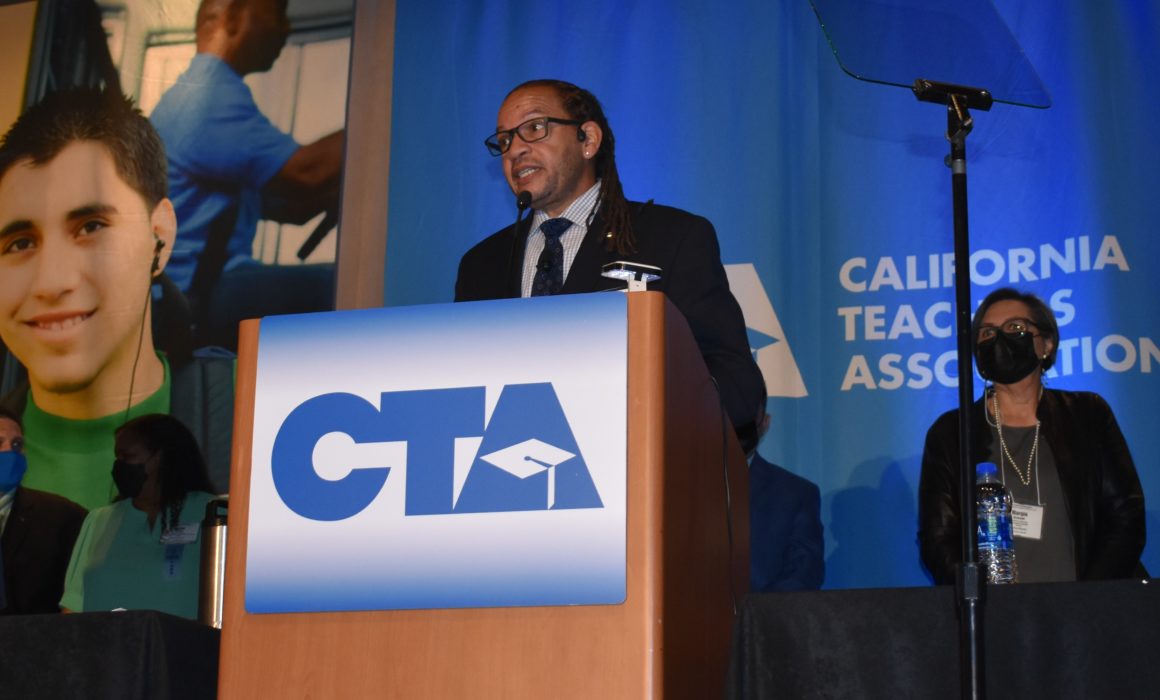 The California Teachers Association (CTA), one of the largest public-sector unions in California, has come out against the proposed referendum to legalize online sports betting in the state.

The labor organization announced earlier this week it would oppose the measure offered by seven national sportsbooks. Those sportsbooks have pledged $100 million to promote “Californians for Solutions to Homelessness and Mental Health Support,” a political committee that circulated petitions for the initiative that would use taxes generated from online gaming apps to fund social service programs across the state.

The CTA issued a general statement regarding candidates it backs for the June primary, as well as seven ballot measures. The “Californians for Solutions” measure was the gaming-related initiative reviewed by the association’s 600-member State Council of Education.

E. Toby Boyd, who serves as president of the 310,000-member union, did not give a specific statement on why the CTA opposes the online sports betting measure. However, he noted that the group will fight for “protecting the integrity of Prop. 98,” a constitutional amendment state voters passed in 1998. That amendment ensures the state provides a guaranteed amount for public schools and community colleges.

“Educators took positions on ballot measures that reflect our values,” Boyd said in the statement.

A message to the CTA seeking additional comment on the online measure and the union’s stance on a tribal-backed retail sports betting measure was not returned.

Nathan Click, a spokesperson for “Californians for Solutions” told Casino.org he wasn’t surprised by the CTA’s position.

He added that the measure was estimated to provide much funding to various social causes, and was backed by various government leaders.

Among the leaders who have announced their support for the online sports betting measure are Oakland Mayor Libby Schaaf, Fresno Mayor Jerry Dyer, and Sacramento Mayor Darrell Steinberg.

California tribal leaders, while working to rally support for their retail sportsbook measure, have also come out in opposition to the online measure. They have secured support from a number of groups and organizations as well.

As more groups and officials come out, election officials across California are working to verify signatures on the “Californians for Solutions” petitions through a random sample check process. Currently, it appears the committee’s proposed measure is on track to be approved for this year’s ballot.

Through Thursday, officials in 23 of the state’s 58 counties have reviewed samples of the petitions they’ve received. Through that process, 12,213 of 15,851 signatures have been verified as coming from registered voters. Based on the counties that have conducted their reviews, that means 296,677 signatures are considered as projected valid.

Alameda County, home of Oakland, reviewed 2,237 signatures from the 74,548 it received. It validated 1,691. In San Francisco, officials there verified 803 of the 1,012 signatures it reviewed. The county received petitions that included 33,742 signatures.

Several large counties remain to be verified, including Los Angeles County. Proponents of the measure got 418,053 signatures there. That represents more than a quarter of the nearly 1.6 million signatures supporters got during their six-month campaign.

In order for the measure to go on the Nov. 8 ballot, election officials must be able to project supporters got nearly 1.1 million valid signatures from registered voters. That’s 110 percent of the 997,139 signatures needed under California law to bring a constitutional amendment before voters.

The deadline to verify signatures is June 27.

The tribal-backed measure became eligible for the 2022 ballot exactly a year ago on Friday.