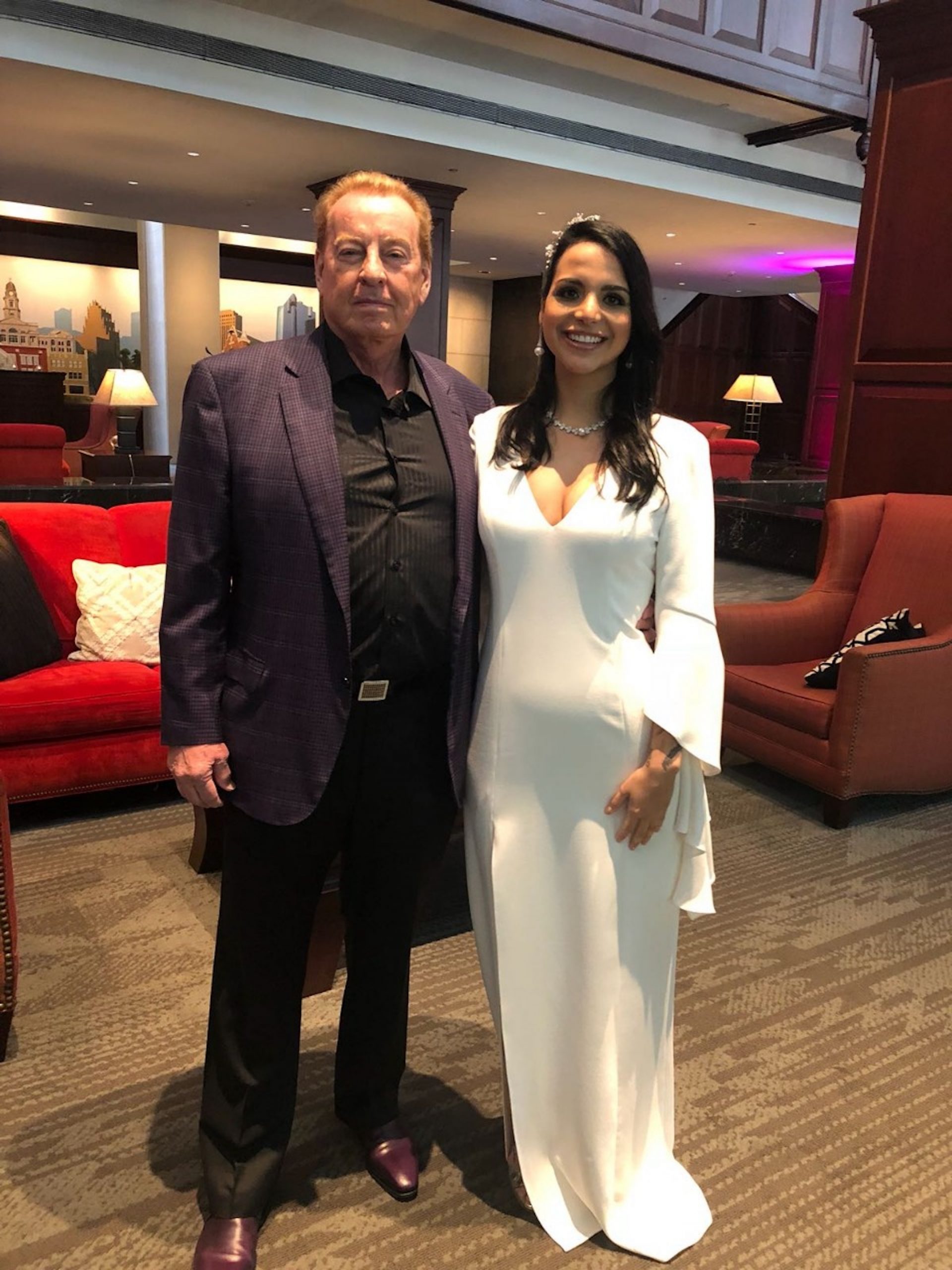 Austin is pictured with his daughter (right) on her wedding day in 2018. Austin’s Florida mansion was recently raided. (Image: La Nación)

The value of the gold bars and upscale cars taken from the house was not immediately known. The cars include two Mercedes Benzes, a Lamborghini, a Porsche Cayenne, and a Land Rover Range Rover, the report said.

Austin is the owner and operator of the Costa Rica-based Tradewinds gaming site, according to the Florida report. It has been in operation since 1998. Austin and Calvin Ayre, the Canadian billionaire, were reported as among the founders of sportsbook businesses in Costa Rica, according to The Costa Rica Star.

No criminal charges have been filed in the case again Austin, but prosecutors argue that he illegally operates the Tradewind sites.

Austin’s illegal Internet gambling enterprise has produced in excess of $34 million in illegal proceeds during its operation,” according to documents filed in federal court.

Austin also owns residences in the Hollywood and Weston communities in Florida.

As of Thursday, no criminal charges were filed as a result of the federal raid in April of Austin’s home.

But the Sun-Sentinel quotes a federal court document that Austin set up “an intricate domestic and international money laundering organization and methods to surreptitiously conduct monetary transactions with the bookmakers and bettors located in the US in order to ultimately receive and utilize the illicit earnings.”

The money was kept in “numerous domestic and offshore corporations, business entities, and trusts,” the report said.

It appears the case is being developed in Texas federal court, even though Austin’s home is in Florida.

The Legend of Gary Austin

Austin rose to fame in the 70s. First known as a full-time sports better, he was later given a television show on the young ESPN television network. He was said to bet $30 million a year on football during this time, according to Yahoo News.

After his television show was canceled in 1981, Austin opened a Las Vegas sportsbook across from Caesar’s Palace. It became one of the most popular sportsbooks on the Strip. Allegedly, there were no betting limits at the book, and players could wager as much on a game as they wanted.

Problems arose for Austin in 1985 after a loss on a World Series bet. Some theorized the bet bankrupted Austin. His sportsbook closed that November.

When bettors arrived at the sportsbook to collect winnings, they found a note on the door saying the sportsbook was permanently closed due to an armed robbery the day before. The note also allegedly stated no more winning tickets could be cashed by the book.

The incident created a sort of myth around Austin, with some theorizing the robbery was a scam. Austin disappeared from the Vegas scene after that.

In recent years, Austin has been photographed often by Costa Rican paparazzi. He was featured on a Costa Rican television show, shown below.

When reached for comment, Austin’s attorney, Howard Schumacher, told the Sun-Sentinel on Wednesday it was “too early to say at this point” if charges are forthcoming. He also declined to comment about the case. Schumacher specializes in criminal law and is associated with the Florida-based Meltzer & Bell law firm.

Casino.org reached out to Schumacher on Thursday. He did not immediately respond. Casino.org also reached out to the US Attorney’s Office in South Florida for comment or further information. There was no immediate response.