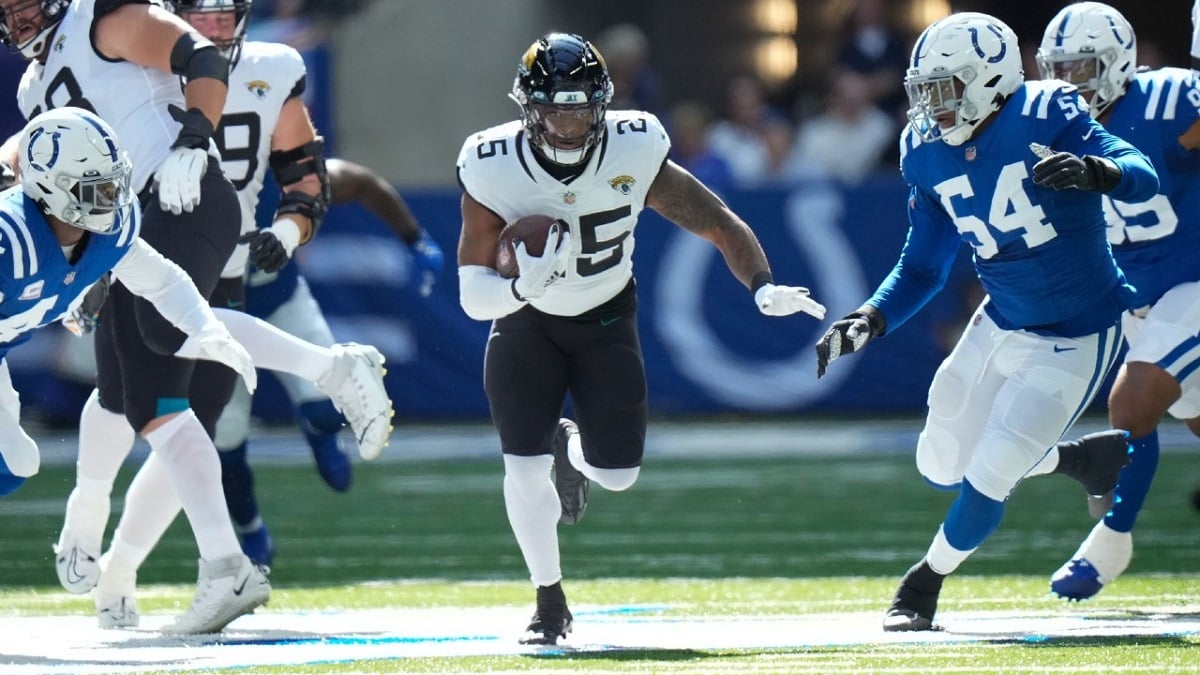 The New York Jets made a bold roster move yesterday, acquiring running back James Robinson in a trade with the Jacksonville Jaguars for a conditional sixth-round pick in the 2023 NFL Draft.

If Robinson rushes for more than 600 yards this season, the Jets will send the Jaguars a fifth-round pick in next year’s draft.

The trade occurred less than 24 hours after the Jets lost their top rusher, rookie running back Breece Hall, to a season-ending ACL injury against the Denver Broncos. General manager Joe Douglas didn’t waste any time finding a replacement for Hall.

The Jaguars had a crowded backfield, with Robinson competing with Travis Etienne for snaps. Although Etienne is in his second season, the former standout from Clemson missed his entire rookie season last year with a Lisfranc foot injury.

The Jets are one of the surprise teams in the NFL this season, sporting a 5-2 record, which marks their best start in 12 seasons.

The Jaguars have lost four games in a row and slipped to 2-5 on the season. They head across the pond this week for a London game against the Denver Broncos.

Robinson made a huge splash during his rookie season with the Jaguars. He was an undrafted rookie out of Illinois State who rushed for 1,070 yards and seven touchdowns in 14 games during the 2020 season. He also added 49 receptions for 344 yards and three receiving touchdowns.

In 2020, Robinson set an NFL record for an undrafted rookie with 1,414 yards in combined rushing and passing yards from scrimmage.

During the Jaguars disastrous 2021 season, Robinson got lost in the shuffle during Urban Meyer’s short reign as head coach. After Meyer got fired, Robinson thrived in the offense. He finished the season with 164 rushes for 767 yards and eight touchdowns, while averaging a career-high 4.7 yards per carry.

With a healthy Etienne in the lineup this season, Robinson had only 81 rushing attempts for 340 yards and three touchdowns in seven games. He caught just nine passes for 46 yards, but managed to score an additional touchdown.

Robinson will provide the Jets with an additional running back after Hall blew out his ACL. Robinson will split time with Michael Carter, but he has a chance to make an impact with the up-and-coming Jets.

The Jets started the season 1-2, but won four games in a row with a bigger emphasis on the rushing game with their two-headed attack led by Hall and Carter. With the addition of Robinson, the Jets can continue their ground-heavy attack with Carter and Robinson.

The Jets sit in second place in the AFC East behind the Buffalo Bills (5-1).  Heading into Week 8, the Jets host the last-place New England Patriots (3-4), yet find themselves as a +2 home dog.

The Patriots lost a disappointing game against the Chicago Bears on Monday Night Football last night. Head coach Bill Belichick benched starting quarterback Mac Jones after a lackluster start. But rookie backup Bailey Zappe didn’t fare any better. Belichick has yet to officially name a starter against the Jets.

The Jets lost Hall at a pivotal juncture in the season, with three tough divisional games on the upcoming schedule. The Patriots and Jets meet twice in the next four weeks, including a Week 11 matchup in Foxboro. The Jets have a home game against the first-place Buffalo Bills in Week 9 before a bye in Week 10.