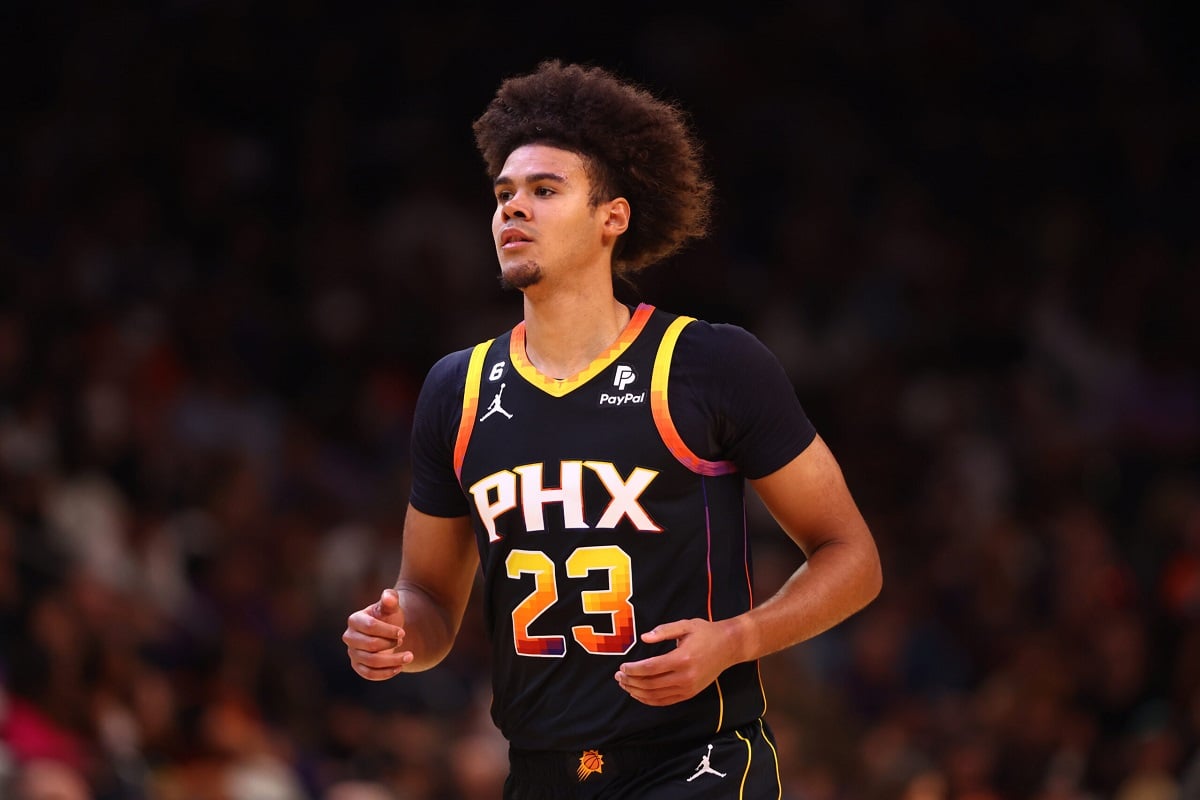 Cam Johnson, the starting power forward from the Phoenix Suns, suffered a torn meniscus on Friday night and could miss significant time with a right knee injury.

Johnson went down with a knee injury in the first quarter of a two-point loss against the Portland Trail Blazers on Friday evening in Phoenix.

The Suns enacted revenge on the Trail Blazers with a 20-point victory on Saturday to complete the back-to-back weekend series. The Suns improved to 7-2 on the season, and they boast the best record in the Western Conference. Only the undefeated Milwaukee Bucks at 9-0 have a better record than the Suns.

Cam Johnson Out, Torrey Craig In

Johnson came off the bench last season to provide an offensive boost as the Suns’ sixth man. He averaged 12.5 points and 4.1 rebounds while shooting 42.5% from 3-point range during the 2021-22 season. He was a finalist for the prestigious NBA’s Sixth Man of the Year award, but lost out to Tyler Herro from the Miami Heat.

Johnson earned a promotion to the starting five this season because of a contract dispute with power forward Jae Crowder. Crowder requested a trade in the preseason, but he’s sitting out in the meantime.

Through the first seven games as a starter this season, Johnson averaged 14.8 points per game and shot an impressive 44% from 3-point range.

It’s unfortunate,” said starting point guard Chris Paul told The Athletic. “Cam is a great guy, and hard worker. Getting into the starting lineup, this was going to be a big year for him.”

Torey Craig is the next man up in the rotation. Craig started against the Trail Blazers on Saturday.

“It’s obviously a different situation than Cam Johnson, but Torrey defends at a high level,” said Devin Booker. “And he’s been making shots, too.”

“Torrey’s a pro,” added Paul. “He’s probably the only guy close in age to me on the team. Torrey played overseas. He’s played all around the league. He’s very adaptive. We’re lucky to have the depth that we have.”

Craig played just 22 minutes against Portland on Saturday, but contributed five points, five rebounds, and four assists in the victory. He did an excellent job defending Jerami Grant from the Trail Blazers.

The Suns begin a four-game road trip on Monday, and none of their opponents have a winning record. They face the Philadelphia 76ers (4-6), Minnesota Timberwolves (5-5), and Orlando Magic (2-8) this coming week. They conclude the road trip next Monday against the Miami Heat (4-6).

In the second half of November, the Suns play six games at home, with just two single-game road trips.

Betting wise, the Suns have a 6-3 record against the spread. The under points total is 5-3-1 in games for the Suns this season.

The Suns are +850 odds to win the 2023 NBA championship, according to DraftKings. They are the fifth-highest team on the futures board.

The Suns are the betting favorite at -140 odds to win the Pacific Division ahead of the Los Angeles Clippers (5-4), Golden State Warriors (3-7), and Los Angeles Lakers (2-6).