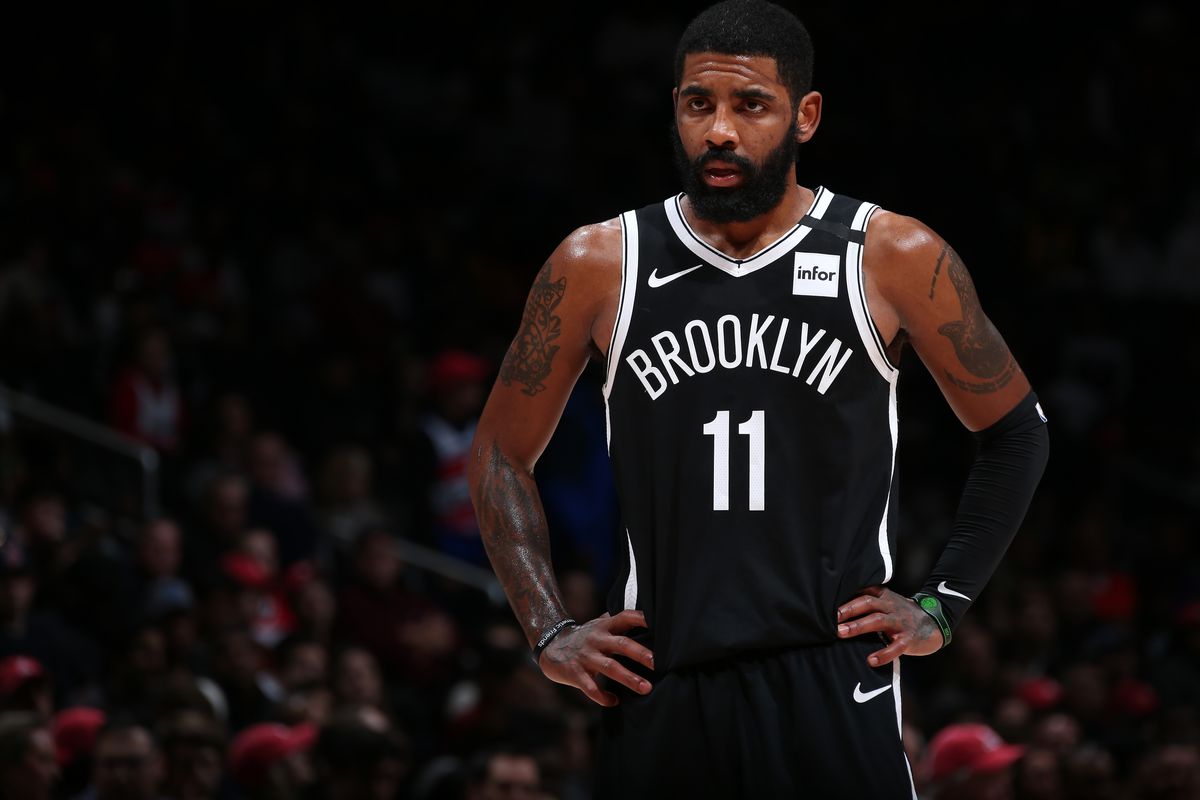 Contrition and remorse are human qualities that can be either genuine or disingenuous. It remains to be seen whether Kyrie Irving was telling people what they wanted to hear, or whether he truly turned the corner as a human being.

But judging from what he said and how he appeared in Brooklyn last night, the Nets may be getting somewhere.

Brooklyn has been dysfunction junction throughout the early part of the 2022-23 season, and the Nets currently sit in ninth place in the Eastern Conference with an 8-9 record. That’s as they get ready for the Ben Simmons alumni game in Philadelphia to begin a three-game road trip that also takes them to Toronto and Indiana. Then they return home for their longest homestand of the season, seven games.

So this will be a 10-game stretch in which they show whether they are championship worthy, or a train wreck that has been temporarily put back on the tracks. That was how they looked Sunday night against Memphis in a 127-115 victory. The Grizzlies did not have Ja Morant or Desmond Bane, so take this one with a grain of salt. But Brooklyn got 14 points from Irving and 22 on 11-for-13 shooting from Simmons, who had his best game as a Net.

Add in the 24 from Kevin Durant and 16 from Yuta Watanabe, who is making a delayed run at the Sixth Man Award, and the Nets finally looked worthy of being the +1700 third choice in the championship futures odds market. That’s down significantly from where they stood in the preseason.

“I just want to offer my deep apologies to those who were impacted over the past few weeks, all races and cultures. I don’t stand against anything that goes against the human race,” Irving said in his mea culpa address. “I feel like we all should have an opportunity to speak for ourselves when things are assumed about us and I feel it was necessary for me to stand in this place and take accountability for my actions, because there was a way I should have handled all this, and as I look back and reflect when I had the opportunity to offer my deep regrets to anyone that felt threatened or felt hurt by what I posted, that wasn’t my intent at all.”

Well, with Kyrie, there seems to always next a next episode, and we shall see what Tuesday night in Philadelphia brings. The attention should be on Simmons. But with Irving, you never know.

To All of you that are standing next to me on this Journey I want to say thank you, I love you, and I honor your fearlessness and bravery. You motivate me more than you know. Now, Let’s build and celebrate one another
Hélà

What Should Be Expect From Nets vs. Sixers?

The Nets now sit at 8-9 and must further reassimilate Irving into a team that has now played nearly half of their games without him. But what they discovered in his absence is that they have a heck of a shooter in Watanabe, who leads the NBA in 3-point percentage at .571, along with a Swiss Army Knife forward in Royce O’Neal. The latter had a triple-double Friday, and followed that up Sunday with 12 points on four 3-pointers along with eight assists.

12 points in the fourth quarter…@wacchi1013 TOOK OVER down the stretch. pic.twitter.com/obEd4nGa9f

Positive Outlook For The Nets?

They need more from Joe Harris, whose 3-point percentage has dropped to .377 from .466, and backup shooting guards Patty Mills and Seth Curry have been spotty. They have the NBA’s No. 16 offense and No. 12 defense. At this point, it appears nobody is catching the red-hot Boston Celtics in the Atlantic Division, where they are a -700 favorite to win the division.

And Simmons has popped up on the Bet365.com awards futures props at +15000 to win Sixth Man of the Year (New Yorkers must cross the state border to bet that one).

“You saw the force he played with, whether it was his pace and his attack of the rim and a relentless attack towards the rim, spraying the ball. The pace he created, it’ll make it hard for people to guard us,” Vaughn said of Simmons.

Do not expect much brotherly love for Simmons. The ex-76er will be playing his first game in Philadelphia since this happened:

So Simmons will be the focus next. And James Harden is out, so his alumni game will have to wait.

He received mostly cheers and a smattering of boos when he was introduced, and Irving was waving a towel from the bench as Watanabe took over in the fourth quarter.

“Over the past several weeks, he has been on a journey of reflection, learning, and open dialogue. Through meetings and conversations with leaders from the Jewish community, as well as other thought leaders, he’s developed a deeper understanding and has grown personally from this experience. As Kyrie has said, he remains committed to using his platform to bring people together through love and understanding,” the NBA Players Association said in a statement.

We’re excited to see him back with his teammates doing what he loves.”

There is a lesson to be learned here, and not just for NBA players. One idiotic social media move, in his case posting a link to an antisemitic movie, can have negative consequences beyond anyone’s belief.

“I mean, I was rightfully defensive that there was an assumption that I could be antisemitic, or that I meant to post the documentary to stand side-by-side with all the views of the documentary, that I was defensive initially,” Irving said Sunday. “How can you call someone an antisemite when you don’t know them? How can you call their family out on things that we don’t have a track record of?”

He knuckleheadedness led to an extended timeout. It shook the Nets from ownership on down. It made them look like a basket-case, not a basketball team.

But is it over? Irving’s track record would suggest “No.” But maybe this is the one time he has learned from his mistake.

“There’s some rust getting back into NBA basketball,” Irving said after the game. “There’s no way to recreate NBA basketball when I’m sitting at home with my friends.”

Is everyone placated? In this ay and age?

It is a good bet that this story is to be continued.