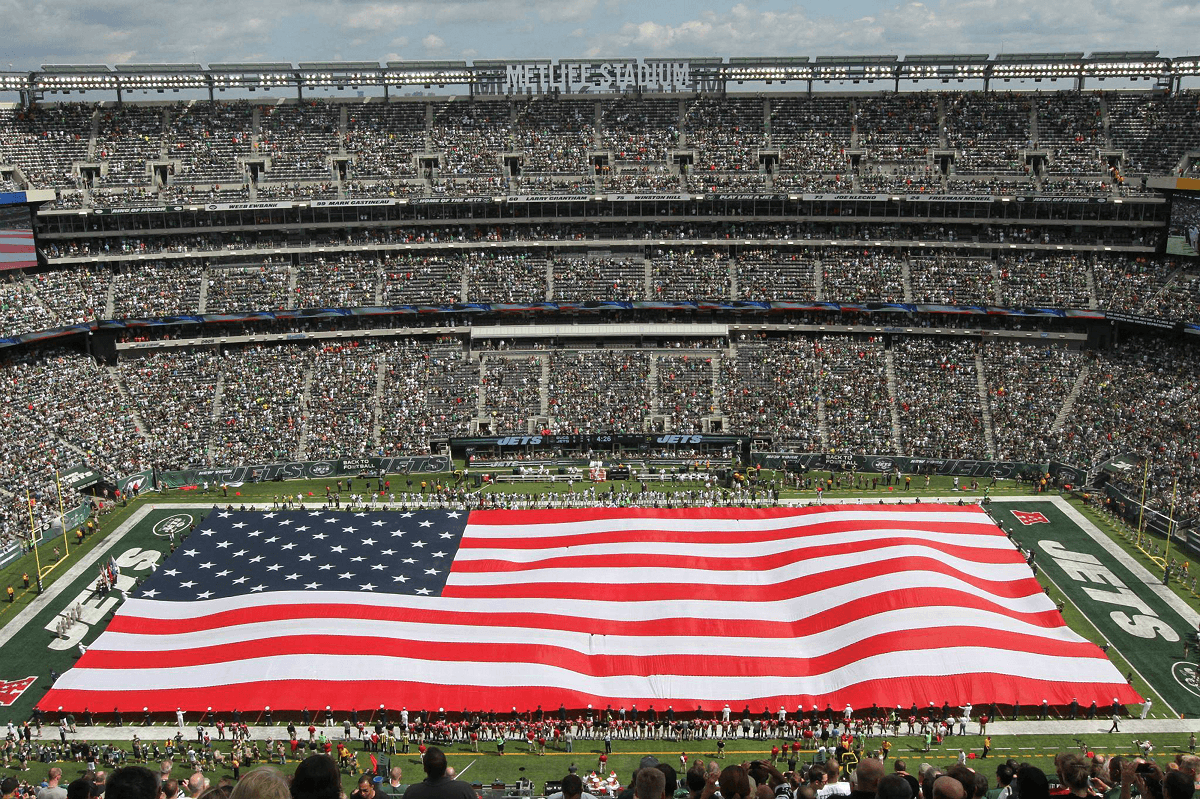 The New York Jets begin the week on the outside looking in regarding the NFL playoff picture. They have the same record as the Los Angeles Chargers (7-6), but would lose a tiebreaker if the season was complete because of a worse conference record.

But the season did not end yesterday, and Jets coach Robert Saleh boldly predicted, “We’re gonna see these guys again.”

That, folks, is a mouthful of a prediction.

And Saleh not only said it to the media in Buffalo following the Jets’ 20-12 loss to the Buffalo Bills, he said it to his team, too. Which means not only is Saleh predicting that the Jets will make it into the playoffs, but that they’ll match up with Buffalo in the 2-7 game on the first weekend of the postseason. Or they might meet the Bills somewhere further down the line in the postseason, since Buffalo could stay in the No. 1 spot. That’s since they own the tiebreaker edge over the Kansas City Chiefs. Both teams are 10-3.

With the Jets priced at +140 to make the NFL playoffs, Saleh is offering you a 40% return on your investment by backing his boast with your money. Anybody want to play that game? Especially when Saleh is the coach of a team which was baited into this encroachment penalty yesterday by some Bills trickery, keeping alive a drive that led to the only touchdown of the first half.

“You want to know the difference in this game? Getting them to [jump] offside.”

Dawson Knox’s touchdown was special, but Tony Romo calls this play the difference in Jets/Bills.pic.twitter.com/dzoCweE9WG

The Value Of Saleh’s Prediction

If someone had told you on Jan. 1 of this year that Mark Zuckerberg’ company, Meta, wold drop in value by nearly 66%, that Occidental Petroleum would rise by nearly 102%, Elon Musk would buy Twitter and reinstate Donald Trump, and China would go from starting December still chasing a “Zero- COVID” strategy to comparing the virus to the flu less than two weeks later, you would have blamed his bong.

But all of those things really happened, as did a 6-3 start  by Gang Green that climaxed with a home victory over the Bills back on Nov. 6. Fast forward five weeks, and the Jets are now looking at a pair of must-win games in a span of five days, beginning next Sunday when they play a Detroit Lions team that just knocked off the Vikings. That’s followed by a Thursday night game against a Jacksonville Jaguars team that got 368 passing yards from Trevor Lawrence yesterday. That’s the highest total by any NFL quarterback, and came in in a victory over the division-leading Tennessee Titans that ended a nine-year winless streak for the Jags in Nashville.

And that is the easy part.

The Jets close the regular season with road games against the 7-6 Seattle Seahawks and 8-5 Miami Dolphins, and they probably need to win three of those games to ensure one of the three available wild card spots. They are competing with the 7-6 Chargers and the 6-6 New England Patriots, who own the tiebreaker over the Jets from sweeping the season series, and will be playing tonight on Monday Night Football against the 4-8 Arizona Cardinals.

So, yeah, bold words from Saleh.

The Jets have lost four of its last six games and two straight. Despite that, coach Robert Saleh is not only confident his team will make the playoffs but they could play the Bills a third time.https://t.co/VECLSEhOTM

Especially because he said it just as an ambulance was taking quarterback Mike White to the hospital because of this hard hit from Matt Milano, which knocked him out of the game before he made a courageous return:

Taking a look at the sack that knocked Mike White out of the game. Matt Milano delivers a hard hit, but legal. Lowered strike zone, did not follow through with body weight, head is down but it’s to the side to avoid contact, no launching.pic.twitter.com/2XhGMRGgFw

White “showed everybody else what we already knew in regard to how tough he is,’’ Salah said, adding, “I thought he showed resolve, toughness, everything we’ve been seeing. He’s a good player. He’s tough.’’

What Are the Mathematics On This One?

The Web site fivethirtyeight.com gives the Jets a 38% chance of making the playoffs, while New England is at 25% and the Jaguars at 14%. Saleh has his job because he is very good at what he does, having been a part of coaching staffs with the Seahawks and 49ers that reached the Super Bowl.

But this is his first NFL head coaching gig. Even though he has improved the Jets by leaps and bounds over the 4-13 squad he led last season, that quote is a quantum leap for a coach whose team is still very young and still has the longest playoff drought in the NFL.

DraftKings Sportsbook has the Jets at +140 to make the playoffs, and as of late Monday morning, that sportsbook had taken 90 percent of moneyline handle on the Lions for next Sunday’s game, in which New York is a 1-point favorite. Yet to be known is the seriousness of White’s ribcage injury. But the fact that he traveled back with the team Sunday evening was an encouraging sign.

Among the items on Saleh’s plate this week include the possible elevation of Zach Wilson to primary backup quarterback, as Joe Flacco fumbled on his first possession after White was hit hard by Milano, one of the key plays of a game that began as a punt-fest and ended with four consecutive incomplete passes by White. That’s after the Jets got the ball back with 45 seconds remaining needing to go 79 yards for a score (and a 2-point conversion).

Fivethirtyeight gives the Bills a 48% chance and the Chiefs a 41% chance of gaining the bye that comes with a first-place finish in the AFC. Buffalo’s remaining schedule is Miami, Chicago, Cincinnati, and New England, while Kansas City will play Houston, Seattle, Denver, and Las Vegas.

If Saleh is to be believed, there is a 40% return available. He has made believers out of a lot of Jets fans who have spent a decade becoming demoralized. But on this one, the body of evidence from the past month has shown that the Jets are not yet ready for prime time.

We shall see. A 40% return on a team that did not exactly distinguish itself Sunday? Hey, Saleh said it. You decide whether to believe it.