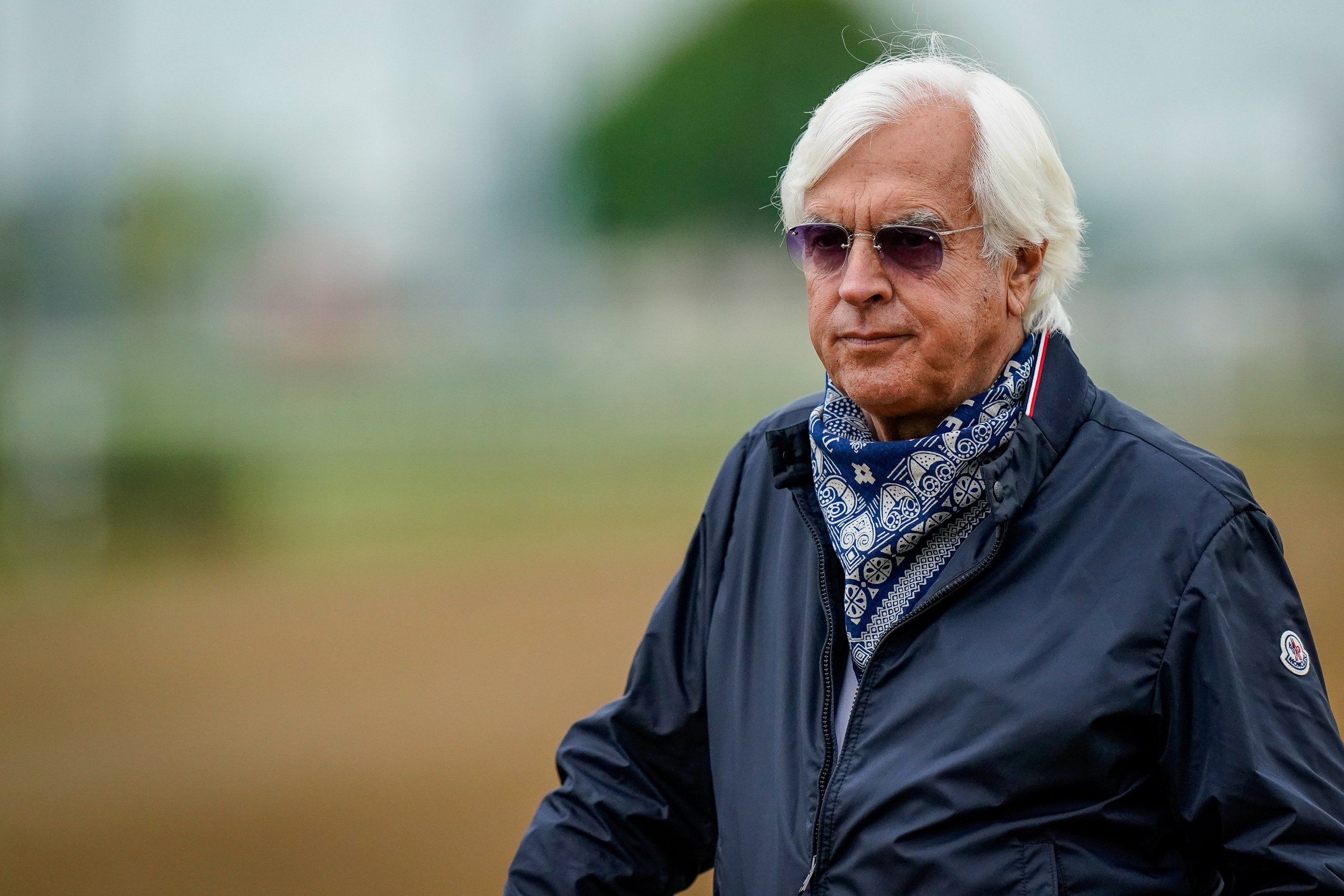 Hall of Fame thoroughbred trainer Bob Baffert is set to return to racing this weekend after having served his 90-day suspension.

Baffert, who was suspended by Kentucky Horse Racing Commission stewards as a result of Medina Spirit failing a drug test after the 2021 Kentucky Derby, entered four horses for Saturday’s races at Los Alamitos Race Course. He has Western Cape, a 3-year-old colt making his debut, and Rhetoric, a horse that last raced nearly 11 months ago, in a $50,000 maiden race at the Southern California track.

The other two are set to race in the $125,000 Los Alamitos Derby. Both High Connection and Doppelganger last raced a month ago under different trainers (Sean McCarthy and Tim Yakteen, respectively) in the Affirmed Stakes at Santa Anita Park, where they finished second and third in the field of four.

Baffert’s suspension ended last Sunday, and once it did, the trainer resumed operations at his base at Santa Anita. He told the Los Angeles Times that some owners are holding off on returning their horses to him. He did lose some horses, including last year’s 2-year-old champion Corniche, whose owner moved him to trainer Todd Pletcher.

That hurt,” Baffert said. “All in all, I’ve got (a) great group of owners. They hung there in there with me, they know the truth and the facts.”

While Baffert completed his suspension, he’s still fighting the decision by the stewards, who also disqualified Medina Spirit as the winner of last year’s Derby.

In addition, he still has a federal lawsuit against Churchill Downs, which issued its own ban against him through next year’s Derby at all of its tracks. The ban also prohibits his horses in this year’s 2-year-old class from earning points in qualifying races for next year’s Derby.

He also was suspended by the New York Racing Association (NYRA) through Jan. 26, 2023 from fielding horses at its three tracks. NYRA officials announced that decision two weeks ago after a lengthy process that also included a federal court case.

Los Alamitos’ meet ends this weekend, and Baffert has plans to run horses this summer at Del Mar, another Southern California track.

The next major race for Baffert will likely be the Haskell Stakes at Monmouth Park. On Thursday, the New Jersey track announced 19 horses were nominated for the July 23 1-1/8-mile race, and Baffert submitted two of his top horses for the $1 million race.

Taiba won the Santa Anita Derby under Yakteen but then finished a disappointing 12th in what was just his third career start. He hasn’t raced since and will look for his third win.

Pinehurst, like Taiba, won his first two starts. Since then, though, he’s only won once – the Saudi Derby in February – in his last four races. The colt last raced in the March 26 UAE Derby, where he finished last and showed some lameness.

Tom Ryan, managing partner for Pinehurst’s principal owner SF Racing, said the colt also suffered a minor eye injury during that race. Pinehurst’s connections rested him for 30 days before getting him ready for the summer racing season.

The field won’t be set until the week of the race, but the top contender for the Haskell may be Jack Christopher. The Chad Brown-trained colt is unbeaten in four starts, including three graded stakes wins. However, he’s never raced longer than a mile. He also has not run in a two-turn race.

Another strong contender would be Early Voting, another Brown colt who has three wins in four starts. That includes the May 21 Preakness, which he won by a length and a quarter over Epicenter.

The post Bob Baffert Set for Return to Horse Racing at Los Alamitos This Weekend appeared first on Casino.org.