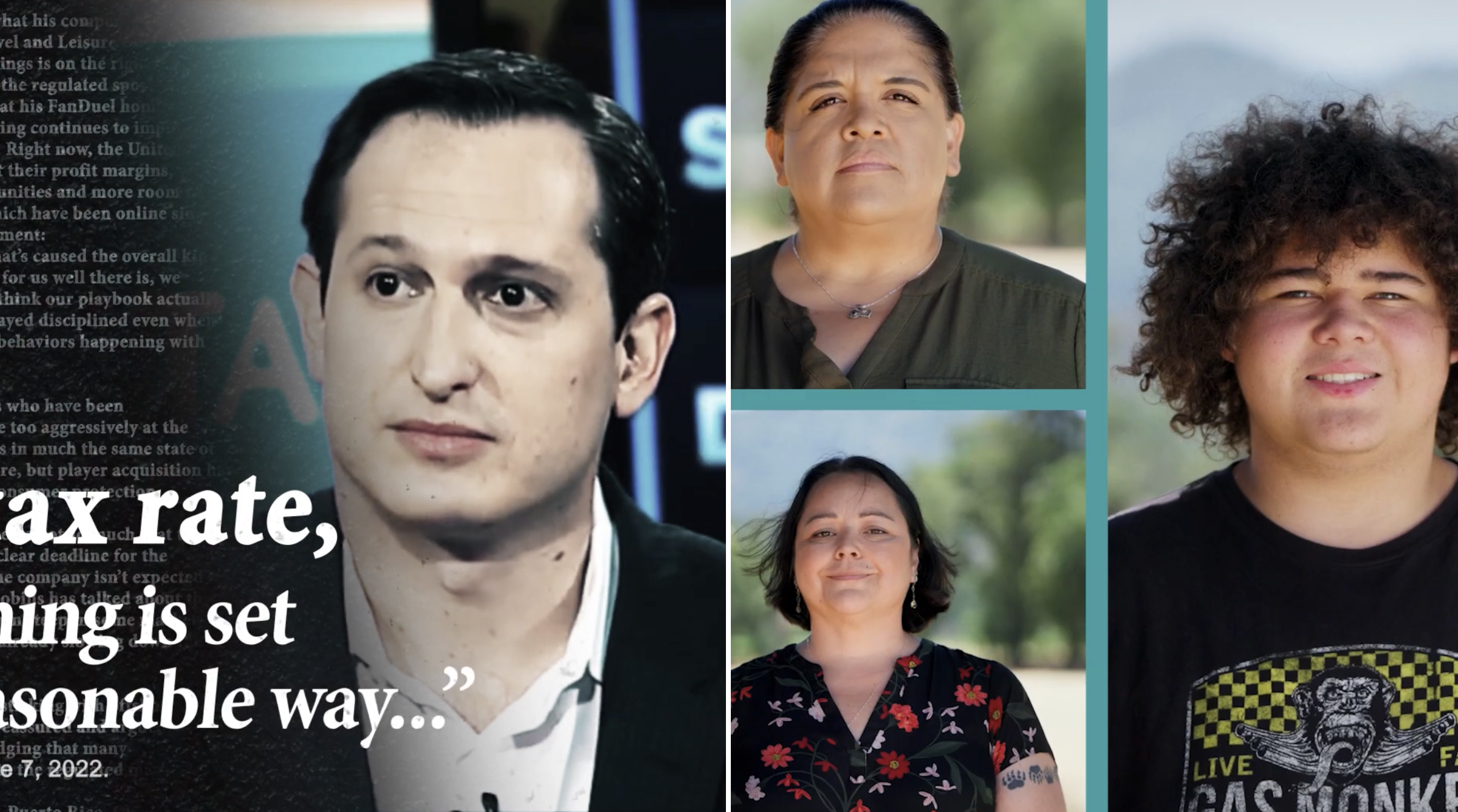 Get ready, California. Because the great debate over sports betting and who should control it – tribal gaming entities or online operators – is just getting started.

California officials announced on Tuesday a proposed constitutional amendment to legalize online sports betting qualified for the November general election ballot. But tribal leaders who oppose the measure took aim at one of the companies backing it.

That was followed by ads released Wednesday morning by “Californians for Solutions to Homelessness and Mental Health Support,” which featured two smaller tribes endorsing the plan to allow online sports betting in the state.

Two constitutional amendments regarding sports betting are slated to appear on the November ballot in the Golden State. Besides the online measure, the other is backed by tribal interests and their supporters. It would allow it at retail sportsbooks located in tribal casinos and four state-licensed racetracks.

The ads appearing over the last two days come as groups for both measures plan to spend millions of dollars in what will likely be one of the costliest campaigns in California history.

“Californians for Tribal Sovereignty and Safe Gaming” released a new commercial on Tuesday. The ad focuses on comments DraftKings CEO Jason Robins made during an investors’ conference earlier this month. The group, funded primarily by the San Manuel Band of Mission Indians, the Rincon Band of Luiseño Indians, and the Pala Casino Spa Resort, says it’s “a broad coalition of Californians” working with tribal leaders to defeat the online sports betting measure.

The group chastises Robins for not talking to investors about the initiative helping fight homelessness in California. The proposed online sports betting measure calls for most of the tax revenue generated from online sports betting to fund solutions to help the unhoused and bolster mental health services.

It also calls out Robins for telling investors that California allows the industry to set up the tax rate. The proposed measure calls for a 10% tax rate. But it also calls for a $100 million fee for a license.

“They didn’t write it for the homeless,” the voice-over narrator said in the piece. “They wrote it for themselves.”

Robins’ voice is not heard in the clip. But his comments appear to be taken from his presentation at the June 6 Goldman Sachs Travel and Leisure Conference.

“The tax rate, everything is set in a very reasonable way, because you can actually write the whole piece of legislation on the ballot, which is nice,” Robins said.

Not All Tribes Oppose Online Measure

“Californians for Solutions” did not waste much time responding. By early Wednesday morning, that group issued two ads with Jose “Moke” Simon, chairman of the Middletown Rancheria of Pomo Indians.

The Middletown Rancheria and the Big Valley Band of Pomo Indians also issued statements of support for the online sports betting measure. That item would dedicate 15% of the tax revenue generated by the gaming activity to tribal economic development efforts. The remaining funds would go to California communities to help the unhoused and provide mental health services.

For too long, rural and economically disadvantaged Tribes like ours have struggled to provide for our people,” Big Valley Band Chairman Philip Gomez said in a statement. “This measure would provide us with economic opportunities to fortify our Tribe’s future for generations to come.”

The online measure also allows tribes to be involved. But while their licenses will cost just $10 million compared to the $100 million that an entity like DraftKings would pay, tribes will be limited in how they can brand their app.

Tribal gaming leaders and their supporters have rejected the online gaming measure. They claim they are better positioned to operate sports betting. They also say that more local control will lead to more of the profits staying in California communities.

Online sports betting is the dominant player, as it generates 80% or more of the handle in most states where both online and retail sportsbooks are available.

Tribal gaming leaders had their referendum qualify last year. They intended to file it for the 2020 election, but the COVID-19 pandemic delayed signature-gathering efforts. An attempt by some tribal entities to circulate their proposal for online sports betting started late last year. But it did not meet the deadline to get the measure on this year’s ballot.

Also on Wednesday. the “Coalition for Safe, Responsible Gaming,” another tribal-backed group that supports the retail sports betting amendment and opposes the online initiative, announced that Dolores Huerta has come out in support of the tribal measure.

In her two-paragraph statement, Huerta said gaming has given California’s tribes a way to break “generational poverty, oppression, and disenfranchisement.” The 92-year-old also said retail sports betting at tribal casinos was a safer choice than allowing it to become available online, citing fears that it may attract young people and others who are disadvantaged.

“This (online) measure is a direct attack on Indian self-sufficiency that would also expose youth and the disadvantaged to the perils of online gambling,” Huerta said. “We are no strangers to corporations seeing California as nothing more than a piggy bank to extract wealth at the expense of the disadvantaged.”

What’s Next in California?

The only sure bet in California right now is to expect more ads and statements hitting inboxes, airwaves, and YouTube in the weeks and months ahead.

Both sides are confident voters will back their measure.

“Californians for Solutions” spokesperson Nathan Click told Casino.org Tuesday that voters won’t fall for the “false attacks” that the tribal-backed group has unleashed. He said local politicians and social services advocates endorse their proposal because it would generate substantial revenue for much-needed causes.

California’s nonpartisan budget analyst office estimated that our initiative would raise hundreds of millions in dollars each year for homelessness and mental health and addiction treatment — many times more revenue for the state than any other proposed or qualified sports betting initiative,” Click told Casino.org.

Beth Glasco, the vice-chairwoman of the Barona Band of Mission Indians, said in a statement that tribal gaming leaders are certain that voters won’t get behind “a massive expansion” like the one online advocates propose.

This November ballot has the potential to greatly impact the progress California tribes have made toward self-sufficiency in the last two decades. Time and again, California voters have stood with Indian tribes to support gaming on tribal lands while rejecting initiatives that would hurt tribes,” Glasco said.

The last time two similar gaming measures appeared on the same ballot was in 2004, and voters rejected both initiatives.