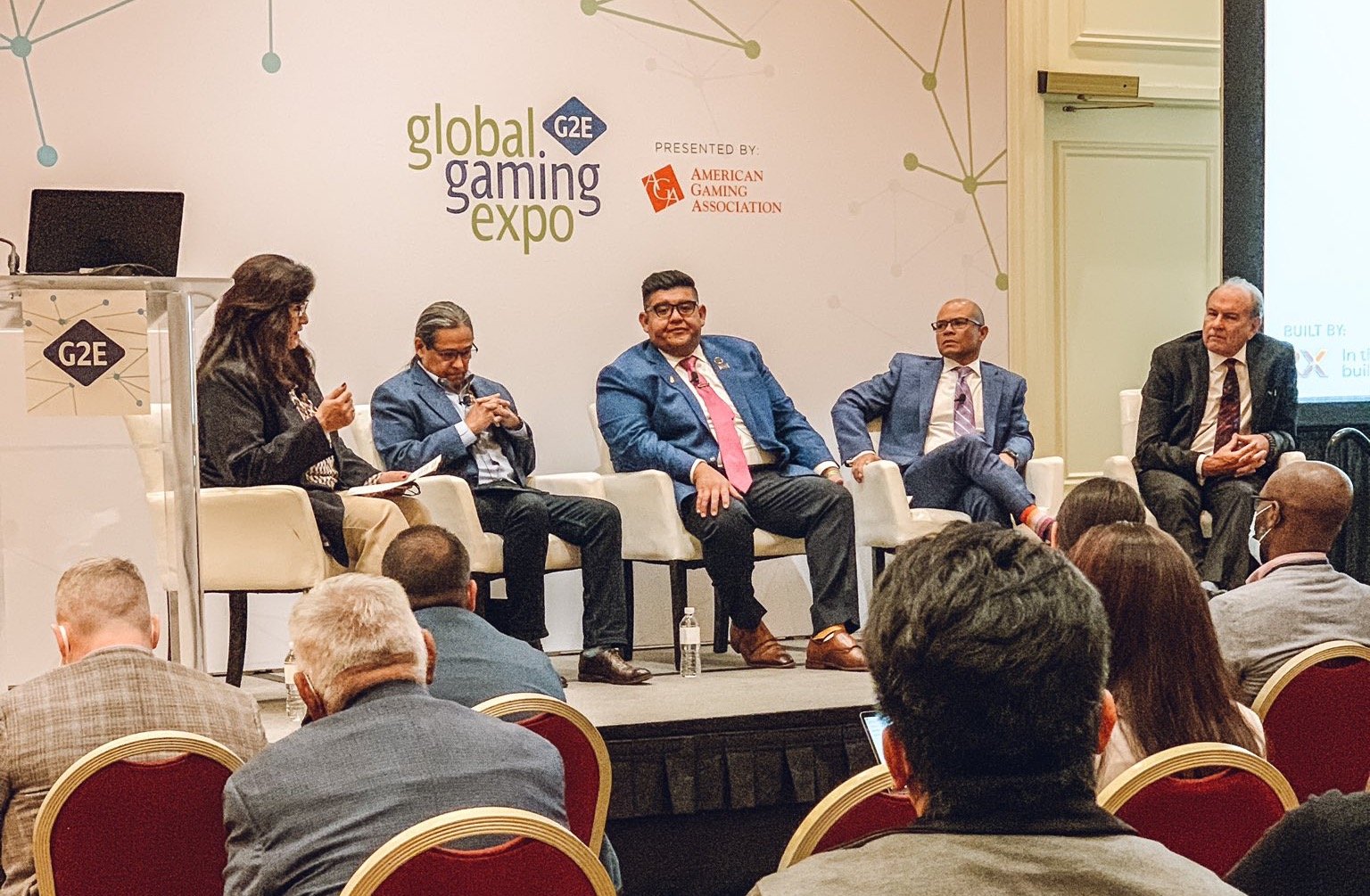 The battle lines for California sports betting were officially – and firmly – drawn on Friday. That’s when two Native American groups announced a new coalition to oppose two measures being proposed by commercial gaming in the state.

The California Nations Indian Gaming Association (CNIGA) and the Tribal Alliance of Sovereign Indian Nations (TASIN) said in a statement Friday that proposed initiatives to legalize statewide sports betting – including mobile wagering – threaten tribal gaming. They pointed out that such gaming generates billions of dollars for state and local governments, employs 125,000 workers, and helps sovereign nations be self-sufficient.

The two organizations combine to represent 43 of the 109 federally recognized tribes established in the state.

In May, an expanded gaming measure proposed by tribal entities was approved for the November 2022 ballot. That’s after election officials in all 58 California counties verified supporters got more than 997,000 valid signatures from registered voters on a petition. That measure would allow retail-only sports betting at tribal casinos and the state’s four thoroughbred racetracks. It does not legalize mobile betting. Tribal casinos would also be able to offer roulette and dice table games.

“We remain committed to responsible sports wagering at tribal casinos that have a proven track record of operating safe, regulated gaming in this state,” Federated Indians of Graton Rancheria Chairman Greg Sarris said. “We are prepared to make our case to the voters, just as we have in previous elections, to oppose these deceptive and risky propositions.”

Groups seeking legalized mobile betting statewide filed proposed initiatives in August for next year’s election with the California Attorney General. The first was from a group of elected officials in cities with state-regulated cardrooms. The measure calls for statewide sports betting, with the cardrooms, tribal casinos, racetracks, and professional sports franchises able to participate. It also allows cardrooms to offer unbanked blackjack and baccarat.

Then, a group of seven major and aspiring sports betting operators announced their own initiative. Statewide mobile licenses would cost $100 million. Tribal entities would be able to participate and acquire licenses for $10 million. But they must use either their name or a trademark they own for the online app’s brand.

The November 2022 general election is 53 weeks away. So, why are tribal leaders announcing their opposition effort now? Because the next six months will determine if the other measures make the ballot.

The cardroom measure received its summary on Oct. 18. That allowed it to start acquiring signatures, and supporters must submit its petitions to county election officials by April 18 to qualify for the November 2022 election. The sports betting operators’ proposal awaits that document from the state.

Both would need to acquire 997,139 signatures from registered voters in order to make the ballot. While groups typically get six months to acquire signatures, the measure backed by the sports betting operators will end up having a slightly shorter window. The Secretary of State has established an April 26 deadline to submit petitions for review.

At the Global Gaming Expo earlier this month, California tribal officials pointed out that they have succeeded in getting eight of their nine measures passed by voters since 1998. The one exception came in 2004, when tribal and commercial measures appeared on the same ballot. Voters rejected both overwhelmingly.

Besides promoting the economic impact the tribal casinos generate for the state, the groups are also questioning the intent behind the commercial gaming-backed measures.

Tribal leaders, though, say neither plan guarantees proceeds from sports betting would fund those social service programs. They cited the California lottery as an example, as it was supposed to fund education.

“Don’t be fooled,” said CNIGA Chairman James Siva. “These measures are not a fix to homelessness, but rather a massive explosion of gaming that will directly undercut tribal sovereignty and self-sufficiency.”

A spokesperson for the sportsbook-backed measure defended the proposal against concerns about how the proceeds would be spent.

“California’s homelessness crisis demands action,” Nathan Click, a spokesperson for the measure, told Casino.org on Friday. “Our measure will provide hundreds of millions in solutions each year to solve homelessness, as well as real revenue for California Tribal nations, by allowing regulated entities to offer safe, responsible sports betting online.”

Click added that the measure won bipartisan support, and provides “real solutions” that will benefit tribes in on sports betting and those that are not.

The friction between the tribal casinos and the cardrooms is not surprising. Tribal leaders frequently point out that the state has issued millions of dollars in fines to cardrooms in recent years for regulatory violations.

Meanwhile, as petitions for the cardrooms proposed measure start to circulate among cardroom owners and other stakeholders, several cardrooms have started their own committee. The so-called “Taxpayers Against Special Interest Monopolies” opposes the tribal casino sports betting measure. Three supporters have loaned the committee $1 million each as it launches.

The rival nature of the groups extends to the cardrooms’ proposed measure. It includes language indicating that if more than one gaming measure passes next year, the one with the most votes is the one that’s enacted.

With the sportsbooks’ plan, though, tribal gaming operators initially expressed skepticism. That’s even as supporters of that plan said the online plan did not conflict with the tribes’ retail-only initiative.

The group leading the sportsbooks’ initiative later amended their proposed measure to require an operator seeking a $100 million license to partner with a tribal gaming entity.

Friday’s announcement, though, shows the changes weren’t enough to win over tribal gaming groups. In the announcement, the organizations cite the legislative analysis of the sportsbooks’ measure. That pointed out tribes would need to surrender some of the gaming rights they have if they wanted to offer online sports betting.

“These deceptive measures were written by and for the sole financial benefit of their corporate sponsors and funders,” Yocha Dehe Wintun Nation Chairman Anthony Roberts said. “These measures would be bad for California and bad for tribes. We are prepared to wage a vigorous and well-funded campaign to educate the voters and ensure the measures are defeated.”

The sportsbooks will have a well-funded campaign of their own to promote their measure.

Records from the California Secretary of State’s office show BetMGM, DraftKings, and FanDuel each have contributed $16.7 million to “Californians for Solutions to Homelessness and Mental Health Support.”  Penn National Gaming, Fanatics, Bally’s Interactive, and WynnBET have each given $12.5 million.

The sportsbooks’ plan has also been endorsed by mayors in Fresno, Long Beach, Oakland, and Sacramento. A poll taken over the summer for Californians for Solutions found that 62 percent of registered voters polled would support the proposal.