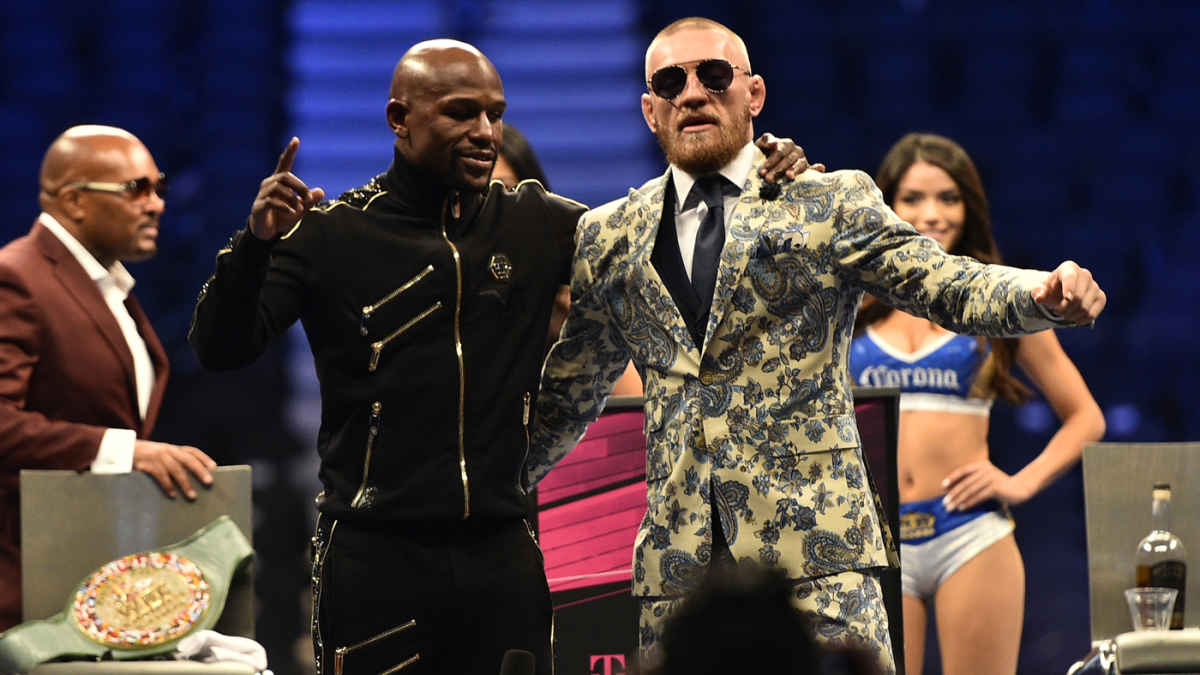 Former world champion boxer Floyd Mayweather Jr. has declared himself ready to entertain Japanese fight fans, and he’s ready to prove it on Sunday. He’ll face Mikuru Asakura at the Saitama Super Arena in Saitama. But what everyone really wants to know is if he’s going to have a rematch against Conor McGregor.

Mayweather Jr arrived in Japan this week and gave a press conference after his arrival to talk about the duel with Asakura. This is his latest exhibition match, which will be available on pay-per-view.

Japanese MMA company RIZIN Fighting Federation is putting on the show, bringing Mayweather back to the ring once again.

He retired from boxing undefeated and has put on some exhibitions since then.

Asakura is a two-time mixed martial arts champion with 16 wins and three losses. The 30-year-old began his MMA career competing as an amateur under the Fighting Network Rings banner. Working under the promotion’s “The Outsider” brand, he turned professional in 2012 after posting an amateur record of 6-1.

Competing for The Outsider, DEEP Cage Impact, and Road FC, Asakura won the RINGS 70 and 65 kg Championships in 2015. He then made his RIZIN debut in 2018, and is 10-2 with the company. After winning seven bouts in a row, Asakura faced Yutaka Saito for the RIZIN featherweight title in 2020, but lost via unanimous decision.

Mayweather competed in his first exhibition fight in December 2018. That was against kickboxing star Tenshin Nasukawa, after which he found his new niche. It didn’t hurt that he made $9 million just for showing up.

Since then, he’s appeared in a couple of other exhibition fights. Now, Mayweather will be looking to do the same thing he did to Nasukawa.

Mayweather hasn’t put on the gloves in an official match since 2017, though he’s still considered one of the best pound-for-pound fighters of all time. He was a champion in boxing’s super featherweight, lightweight, light welterweight, welterweight, and light middleweight categories.

While most books don’t have lines posted for the exhibition match, it’s possible to find some offshore books ready for some action. With or without money on the fight, this is going to be a match worth watching.

While Mayweather is getting ready to face Asakura, there are also rumors of a possible fight with McGregor, which Mayweather believes is going to happen. If it does, he only wants an exhibition match.

Mayweather and McGregor were the protagonists of one of the most-watched events of the last decade. Promoters managed to get the best boxer of the moment to clash gloves with the best of the UFC. Five years have passed since that show in Las Vegas, where the Irishman lost in the 10th round by TKO.

Although the fight between Mayweather and McGregor wasn’t brilliant, it’s remembered by fans because of the sheer magnitude of the event. Both the American boxer and the Irish fighter received huge payouts, with Mayweather reportedly receiving over $100 million and McGregor $30 million.

Mayweather was the odds-on favorite to win, getting around -1000 at most books. However, for him to get back in the ring against McGregor, it would have to be an exhibition match. That’s his condition, and not many people would be willing to argue with him.

He reportedly confirmed that the fight will take place, but that may not be true. Shortly after making his announcement, McGregor left a post on Instagram that contained only a tag – #notinterested.

That means the fight may still be in doubt. Sportsbooks had already begun to offer lines, with Paddy Power giving Mayweather -700. With everything up in the air, bettors may have to settle for wagering on whether the fight will take place.