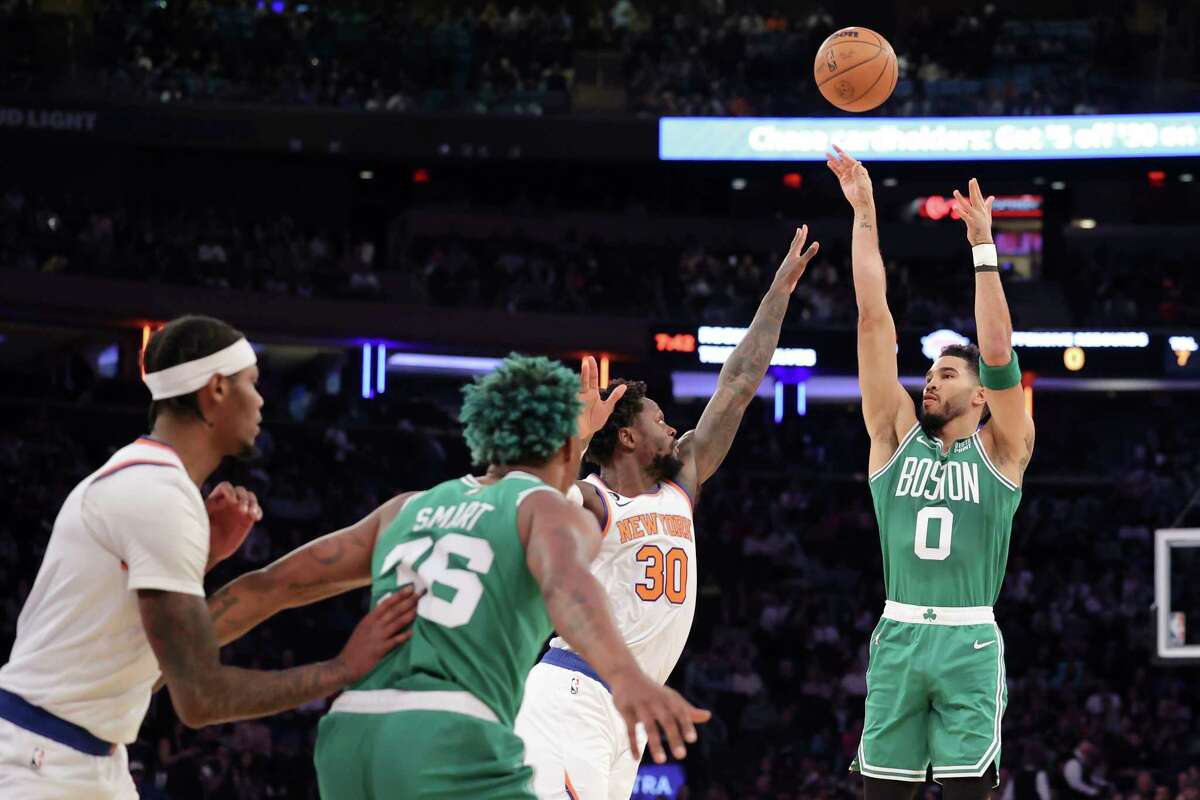 The Boston Celtics, powered by their high-octane offense, are the first team to win 20 games this season. With a 20-5 record, the Celtics are currently the betting favorite to win the 2022-23 NBA championship at +3300 odds, according to DraftKings.

The Celtics were the runners-up in last year’s NBA Finals, where they lost to the Golden State Warriors. They entered the preseason as one of the three co-favorites to win the 2022-23 NBA championship, along with the defending champion Warriors and Los Angeles Clippers.

After the first quarter of the season, the Celtics are the lone title favorite at +330 odds. The Milwaukee Bucks, with the second-best record in the NBA at 17-6, are the second favorite on DraftKings’ futures board at +600 odds.

After a slow start, the Warriors are now +700 odds to win back-to-back championships, even though they currently have a 13-12 record and sit in 10th place in the Western Conference.

The Clippers are only 14-11 this season. That’s because forward Kawhi Leonard missed 19 games after he rushed back too soon from reconstructive knee surgery. The Clippers are +800 odds to win their first NBA championship.

The Celtics put aside their preseason drama and posted the best record in the NBA through the first 25 games. Last season under head coach Ime Udoka, the Celtics won the Eastern Conference and went to the NBA Finals thanks to the NBA’s top defense, anchored by 2022 NBA Defensive Player of the Year Marcus Smart.

This season, the Celtics are crushing teams with their juggernaut offense under new head coach Joe Mazzulla. The Celtics lead the NBA in scoring average at 120.6 points per game thanks to their 3-point-heavy offense. The current Celtics posted the highest offensive efficiency rating in NBA history at 120.7, according to StatMuse.

It’s one thing to jack up a barrage of 3-pointers, but the Celtics lead the NBA with a 40.2% success rate from beyond the arc. The Celtics shoot the second-most 3-pointers per game with 41.4 attempts, and only the Golden State Warriors shoot more at 43.6%. The Celtics average 16.6 made treys per game, which leads the league.

The Celtics are 11-2 at home this season in front of their rowdy fans in Boston. They also have an impressive 9-3 road record. Most important, the Celtics aren’t just blowing out bad teams. They’ve posted a 9-2 record against winning teams.

Overtime seems to be the Celtics’  kryptonite this season. The Celtics played three overtime games and lost each one. With only five total losses this season, the Celtics lost just two games in regulation time.

Forward Jayson Tatum is currently a slight favorite to win the NBA MVP ahead of Giannis “Greek Freak” Antetokounmpo from the Milwaukee Bucks and Luka Doncic from the Dallas Mavericks. Tatum has never won the MVP before, but he’s currently +270 odds to claim the title, according to DraftKings. Antetokounmpo is +280 odds to win a third MVP and Doncic is +290 odds to win his first.

Tatum averages three points more per game than last season (26.9 ppg). He’s shooting better across the board compared to last season, with 48% from the floor, 36.4% from 3-point range, and 86.9% from the free-throw line.

Tatum isn’t hogging the ball on a bad team. Several of his teammates can find buckets at any given time, with six other teammates averaging double digits.