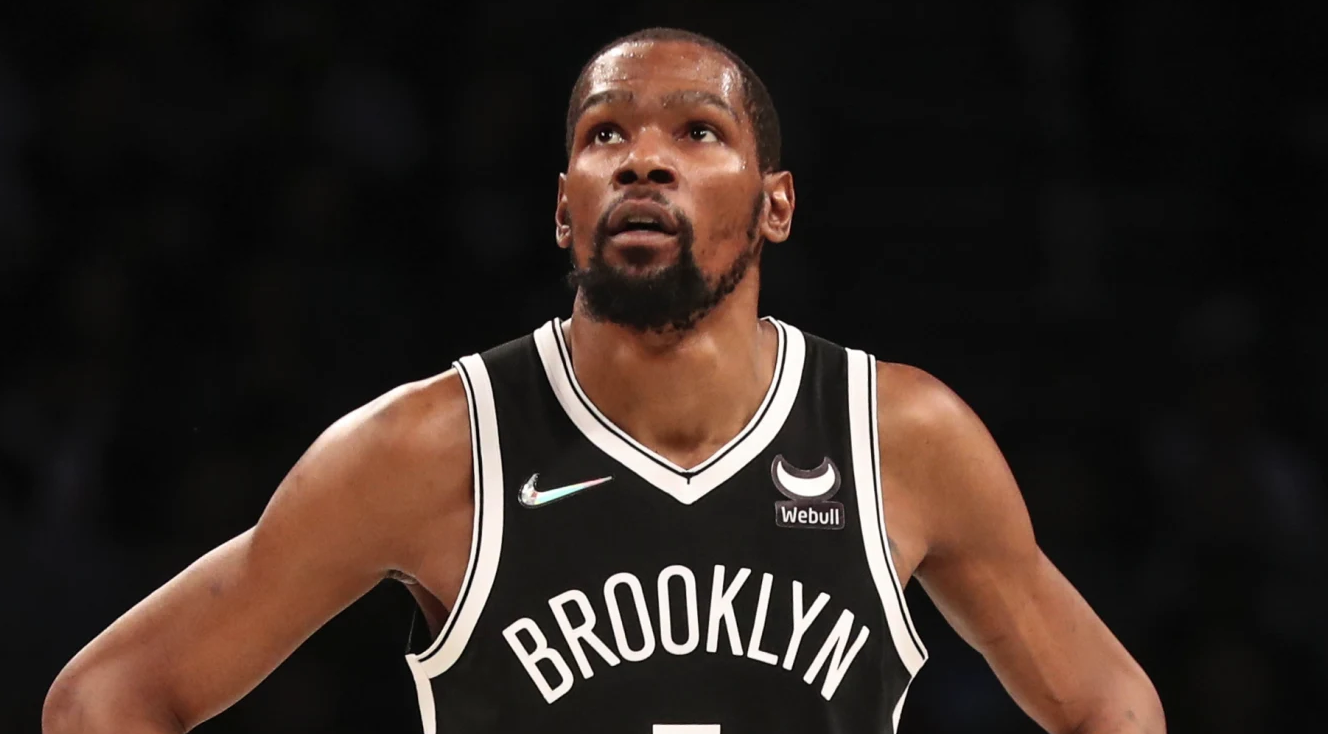 Kevin Durant is staying put in Brooklyn. And all of a sudden, the biggest story of the NBA summer took a dramatic turn for the better for the Nets, who are now a legitimate championship contender.

Bettors went hard on the Nets this week, especially in the New York market.

The Nets have gotten the most action since the Durant announcement to win the title, John Ewing, a spokesman for BetMGM, told Casino.org.

BetMGM’s highest ticket percentage is Brooklyn at 16%, followed by Denver at 10% and Philadelphia at 7%. In terms of handle, the Nets hold a whopping 33%, followed by Phoenix at 13 percent and Milwaukee at 11 percent.

There were six $1000-plus bets put on the Nets to win the NBA title in 90 minutes following the KD news. To put that in perspective, only six other NBA teams (Warriors, Celtics, Lakers, Clippers, Suns, Nuggets) have gotten at least six $1000-plus title bets since odds were first put up on May 28. Also, Caesars reported no KD MVP bets yesterday, and Caesars has not taken an MVP bet on Durant since Aug. 5, Harwood said.

Of the nine sportsbooks operating in New York, the best Nets title odds are at Resorts World and PointsBet (+900). BetRivers has them at +800, Caesars is at +750, and everyone else (except BallyBet, which has no NBA title futures posted) has Brooklyn at +700.

He knows a thing or two about getting buckets in crunch time.#NBAClutchWeek | @KDTrey5 pic.twitter.com/yNum0FShPB

So despite the good news for Brooklyn, much remains undetermined. We are still more than a month away from the Nets’ first exhibition game.

What happens with Kyrie Irving?  He has been silent on Twitter and Instagram, and for all we know, despite his opt-in to his contract, he still wants to be dealt to the Los Angeles Lakers, despite his friendship with Durant.

And what about Ben Simmons? The last time he played an actual basketball game was way back on June 20, 2021, when he infamously passed up a dunk that was a major cause of Philadelphia’s Game 7 defeat against Atlanta. Simmons was reportedly going to play in Game 4 of the Nets’ first-round playoff series against Boston, according to the sometimes-accurate Shams Charania of The Athletic, but that never happened.

Suppose you think everything is copacetic in Brooklyn’s home of Kings County. In that case, we have news for you: Everything with the Nets franchise can change on a dime, and if the reports of friction between Irving, Durant, and coach Steve Nash are accurate, we should assume that Nash begins the season on the hottest of hot seats among NBA coaches. (He is right in the middle of the pack for Coach of the Year with odds of +2000, 15th lowest). The level of player vs. coach discontent that has become apparent with the Nets this summer does not disappear easily.

The big US sportsbooks, especially the nine operating in New York, still list the Boston Celtics (+450) and the Milwaukee Bucks (+500 to +600) with shorter odds than the Nets, who dropped from +1400 to +750 at most books Tuesday following the Durant news. May books lowered the odds further Wednesday.

And let’s face it, this team now looks about the same as the one that was swept out of the first round by the Celtics last spring. So they will need a lot more than a healthy Joe Harris and a mentally stable Ben Simmons, assuming his bad back is healed. Glue guy Bruce Brown is gone, as is point guard Goran Dragic.

Those changes will likely result in the Nets’ championship odds shifting throughout the season. Still, many gamblers believed that +750 was worthy of a wager that cannot possibly pay out until late June. That gives you an idea of how optimistic Nets bettors feel about their chances, even though the Nets’ next NBA championship will be their first (they won two in the defunct ABA.)

Brooklyn Nets three-time All-Star Ben Simmons plans to make his season debut in Game 4 vs. Boston on Monday as long as rehab remains on course, sources tell @TheAthletic @Stadium. Simmons is set to play his first game since June 2021.