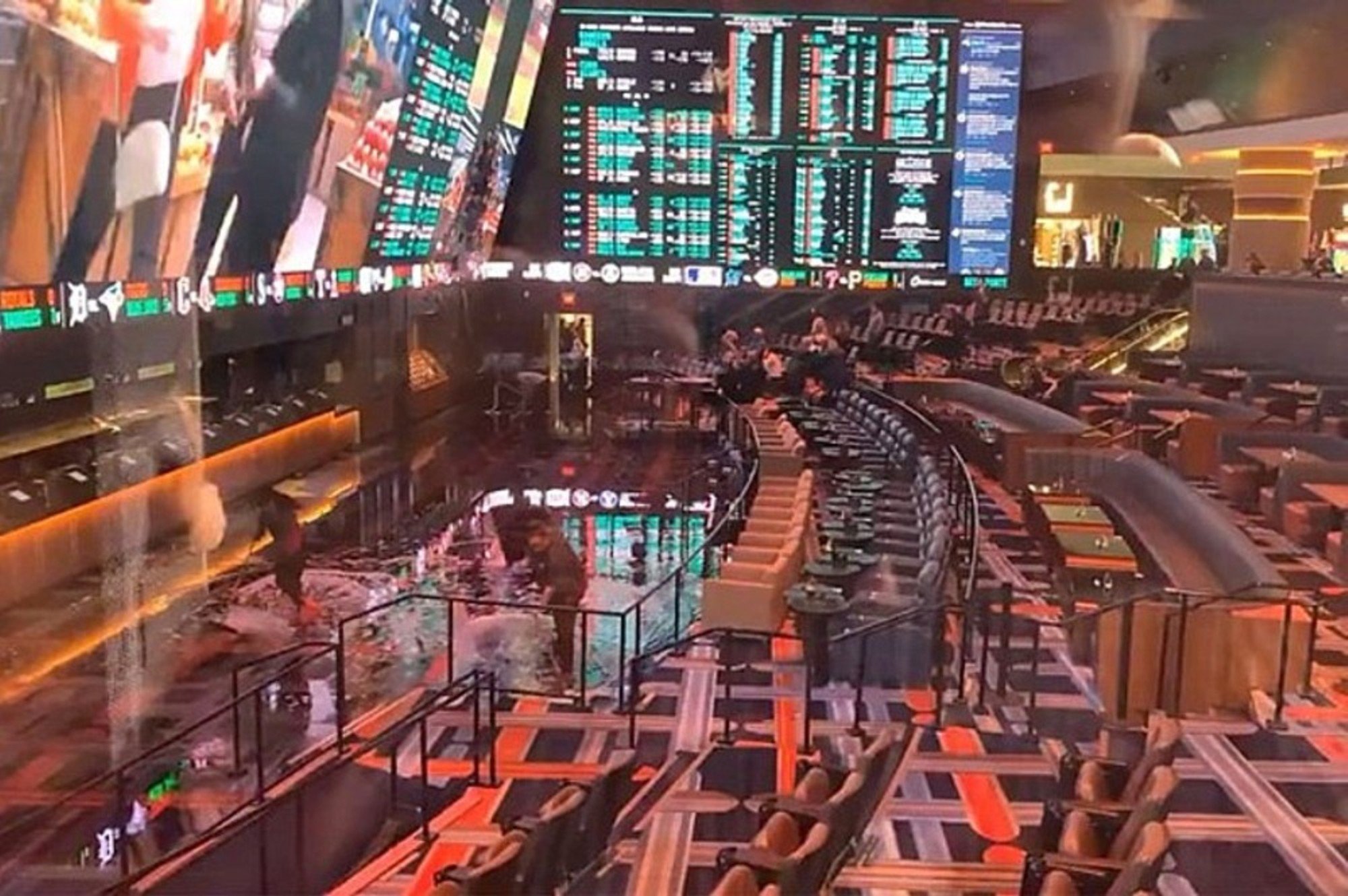 Following the monsoonal rains that pummeled Las Vegas last week, a 3-inch rise has been measured in Lake Mead’s historically low water level, according to a report in the Las Vegas Review-Journal. Is this silver lining to the downpours something to be celebrated?

Monsoonal rains last week transformed intersections across Las Vegas into washes. It also sent water cascading from the ceilings of Caesars Palace and Planet Hollywood, as well as from the sportsbook video wall at the Circa Resort and Casino. Power outages across the region even knocked out the Fremont Street Experience pedestrian canopy.

In addition to the tons of debris to remove and carpets to replace, the aftermath included an increase in the water level of Lake Mead. It sat 1,040.99 feet above sea level on Sunday, 3 inches higher than five days earlier.

Singin’ in the Rain?

Unfortunately, this is a drop in the bucket that doesn’t really matter, according to National Oceanic and Atmospheric Administration hydrologist Paul Miller, who helps make water supply forecasts for the Colorado River Basin Forecast Center. According to Miller, 3 inches amounts to about 25,000 acre feet, or only about 0.3 percent of the 7 million acre feet released per year upriver from Lake Powell to help slow Lake Mead’s precipitous decline.

And the 3-inch surplus may not all even be from the recent rains. Rain throughout the Southwest, including agricultural portions of California and Arizona, may allow for irrigators to request less water from Lake Mead, which may also account for a part of the rise, Miller explained.

Lake Mead’s water level has dropped to an historic low, as the Southwest experiences what one recent UCLA study called its “most severe megadrought in 1,200 years.” The nation’s largest reservoir, part of a system providing water to more than 40 million residents of the US Southwest, is only 27% filled to capacity.

One year ago, Lake Mead sat at 1,067.71 feet. Two years ago, it sat at 1,084.65 feet. And, according to Bureau of Reclamation projections, it will continue falling at least another 20 feet before the end of 2022. Las Vegas, Phoenix, Los Angeles, San Diego and the other Southwestern cities using the lake are currently attempting to agree on water-use reductions of 2 to 4 million acre feet by August 15.

According to Stan Smith, a professor emeritus at UNLV, Las Vegas is in better shape than the other cities. In 2020, the Southern Nevada Water Authority installed a new intake pipe closer to the bottom of lake, allowing water to continue flowing to Las Vegas’ 2.4 million residents and 40 million visitors per year — at least for the time being.

“Eventually, we’re going to have to invest in desalinization partnerships,” Smith told Casino.org. “People need to do the math and also look at the water law landscape. There’s no free water anywhere.”