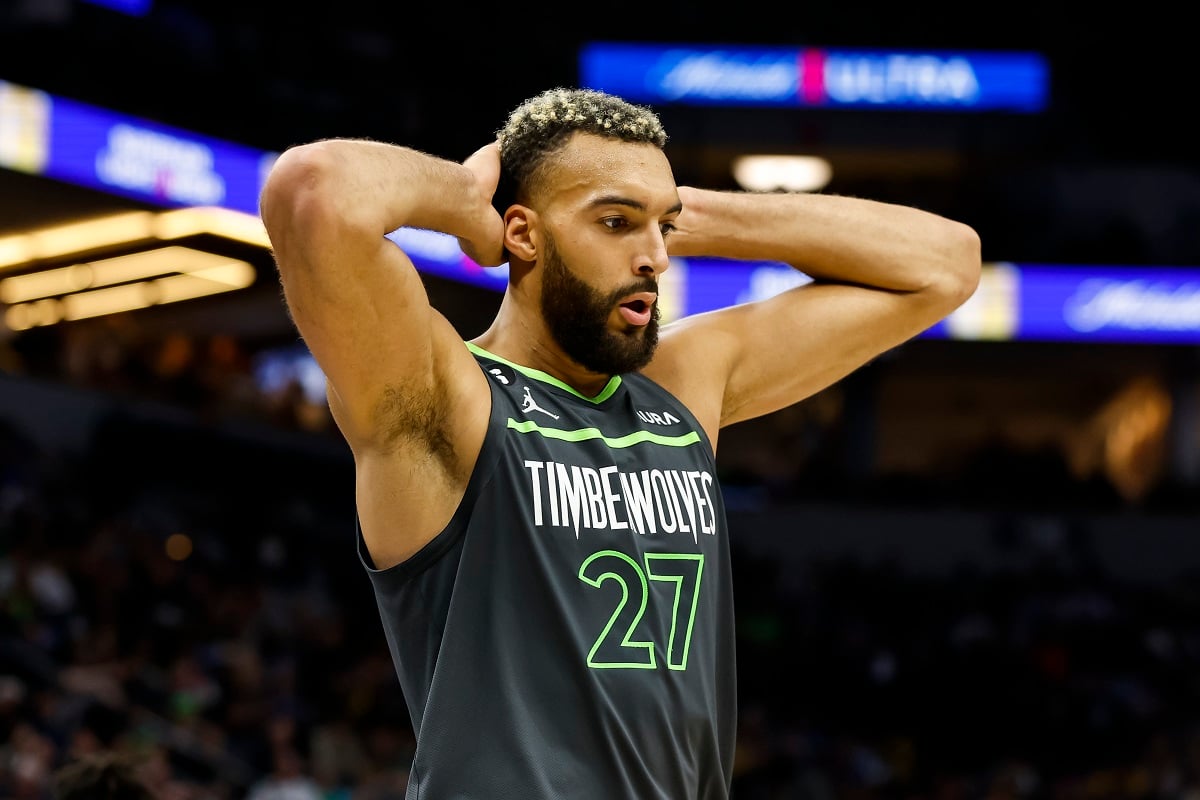 The Minnesota Timberwolves lost six games in the row, but enter 2023 with a specific goal to end their losing streak and regain control in the second half of the season.

With a 16-21 record, the Timberwolves are in 11th place in the Western Conference standings. If the season ended today, they would bubble the Play-In Tournament and miss the postseason.

The Timberwolves began this season with high expectations after they qualified for the playoffs last season through the 2022 Play-In Tournament. The team thought they made a huge leap forward after acquiring center Rudy Gobert in a blockbuster trade with the Utah Jazz. They were one of the preseason favorites to win the Northwest Division, but they’re now in fourth place and trailing the first place Denver Nuggets by 8.5 games.

The addition of Gobert did not thrust them to the top of the stacked Western Conference. The team struggled in the first quarter of the season, and things got even worse when leading scorer Karl-Anthony Towns suffered a right calf injury in late November.

The Timberwolves are 6-10 since Towns went down against the Denver Nuggets. They hope he can return to the team sooner than later. But he’s expected to miss a couple more weeks.

The Timberwolves were a popular pick this preseason to win the 2022-23 NBA championship at +3500 odds. They slipped to +7000 odds after Towns’ injury. During their recent losing streak, the Timberwolves saw their title odds tumble to +18000.

The Timberwolves suffered an embarrassing loss to the Detroit Pistons on New Years’ Eve. The Pistons are in last place in the Eastern Conference, and the Timberwolves failed to beat one of the worst teams in the NBA. The ugly loss extended their losing streak to six games, which prompted frustrated veterans to call a players-only meeting.

I feel like we can change this,” said veteran big man Naz Reid. “We know we can change it. So, we just got to buy into the things that we know.”

“We’ve got two options,” said Gobert. “We can sit back and feel sorry for ourselves, or we can just look ahead and understand that it’s still a long season and we’ve got a lot of time left if we keep that mindset of just keep getting better.”

Shooting guard Anthony Edwards, the #1 pick from the 2020 NBA Draft, picked up the scoring slack for Towns. Edwards leads the team, averaging a career-high 23.9 points, 6.2 rebounds, and 4.4 assists per game. The rest of the team has struggled offensively, especially 3-point shooting, and the bench unit has been inconsistent.

The Gobert trade looks like a bust , but it’s still too early of a sample size to tell. The former Defensive Player of the Year and top rim protector in the NBA has not looked like his dominant self. His stats are down across the board this season. In 31 games, Gobert averages 13.6 points, 11.9 rebounds, and 1.3 block per game.

The Timberwolves were the highest-scoring team in the NBA last year, averaging nearly 116 points per game, which made them must-see TV with their high-octane offense.

The league saw an offensive boom this season, with seven teams scoring more than 116 points per game on a nightly basis. The Timberwolves only average 114.4 points per game this season, and they’re #15 ranked scoring offense versus #1 last year. They’re not sharing the ball as much, especially with Towns sidelined the last 16 games.

The Timberwolves have been particularly awful in the third quarter this season. It’s a pivotal time in games when winning teams pad their lead, or trailing teams hunker down on defense and cut their deficit. In the case of the Timberwolves, the third quarter is when they typically start digging their own graves with poor shooting and porous defense.

Finch considered shuffling his starting lineup, or changing his bench rotation to spark the Timberwolves and end their losing streak.

Maybe I need to think differently about who plays when and how,” Finch told reporters after the loss to the Pistons. “Maybe I’ve just got to shuffle it up totally different.”

Point guard D’Angelo Russell was an important part of last season’s turnaround as the team’s third-best scorer behind Towns and Edwards. Russell’s inconsistency has been an issue this season, but he’s struggled to find his groove. He’s averaging 17.1 points per game, but it’s his worst year in six seasons.

Finch could promote Jaylen Nowell to the starting five, even though he’s a shooting guard. Nowell anchors the second unit, averaging 11.5 points per game. But he’s struggling from 3-point range with a 30% success rate.