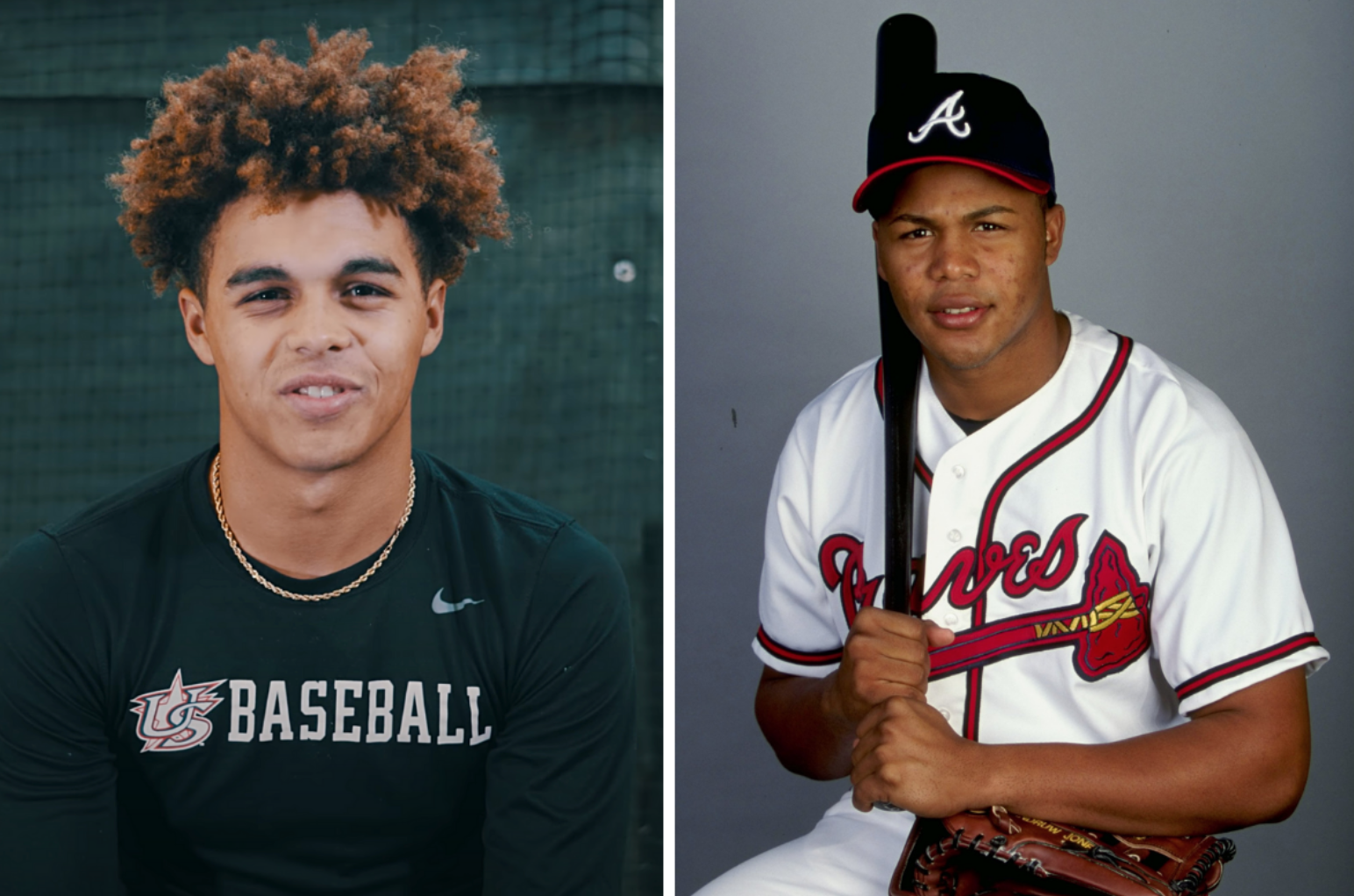 With the Major League Baseball Draft just a few days away, some sports analysts are predicting Druw Jones, son of former MLB slugger Andruw Jones, could be the first overall pick.

Regarding drafts, the Major League Baseball one is  considered the least popular of the four major sports. It’s because these players, in some cases, haven’t even reached college, so they are much younger and therefore less developed than a player entering the NFL draft.

But the MLB draft is looking to create a bigger splash this year. With odds being available to bet on players and where they will be picked, it’s creating a bigger interest in Monday’s festivities. And even more interesting, several top picks are looking to follow in their famous parents’ footsteps.

Here’s a look at the top potential picks.

To be the 1st overall pick (odds courtesy: Draftkings)

The odds-on favorite to be the first overall pick is the son of former big-league All-star Andruw Jones. Druw Jones is -145 to be the first pick taken by the Baltimore Orioles.

Druw’s father won 10 Gold Gloves during his illustrious career, while smacking 434 home runs, leaving scouts and general managers drooling over the fact that Druw could be the second coming of Andruw.

According to The Gwinnett Daily Post, last year at Georgia’s Wesleyan High School, he hit .445 with 16 home runs, 39 RBIs, 58 runs scored and 14 stolen bases. And while he is committed to Vanderbilt next season, he is expected to sign on in the major leagues.

The thing potentially holding back Jones from being more than -145 to go first overall is that Termarr Johnson (+250) is right behind him.

Johnson has also been described as one of the most dangerous hitters in this draft.

Johnson graduated from Mays High in Georgia. But like Jones, he has also committed to a college. The difference is that in saying “Yes” to going to Arizona State, he is also hopeful of fulfilling his promise to his mother and grandparents that he would get a degree in business management.

So would Johnson want to go to college for four years, potentially deterring a team from selecting him? That may be a draft day dilemma.

Like Jones, the apple doesn’t fall far from the tree in the case of Jackson Holliday. Holliday’s father, Matt, had more than 7,000 big league at-bats, with 316 home runs.

Jackson, a potential major league shortstop or center fielder, had 89 hits in 41 games last season, while having an on-base percentage of .685.

Jackson recently graduated from Stillwater High School in Oklahoma, and at Oklahoma State, his uncle Josh is the head coach and his father is a volunteer assistant coach.

However, it is unlikely that Jackson will follow the family to Oklahoma State. It’s more likely that he will go to Texas and become a Ranger.

Green, an outfielder from the IMG Academy in Florida, stands at 6-foot-3 and 225 pounds. His rugged frame is what you notice first, but that’s combined with elite speed. The hitting is Green’s downside compared to the others ahead of him. But as far as raw talent goes, Green is gold.