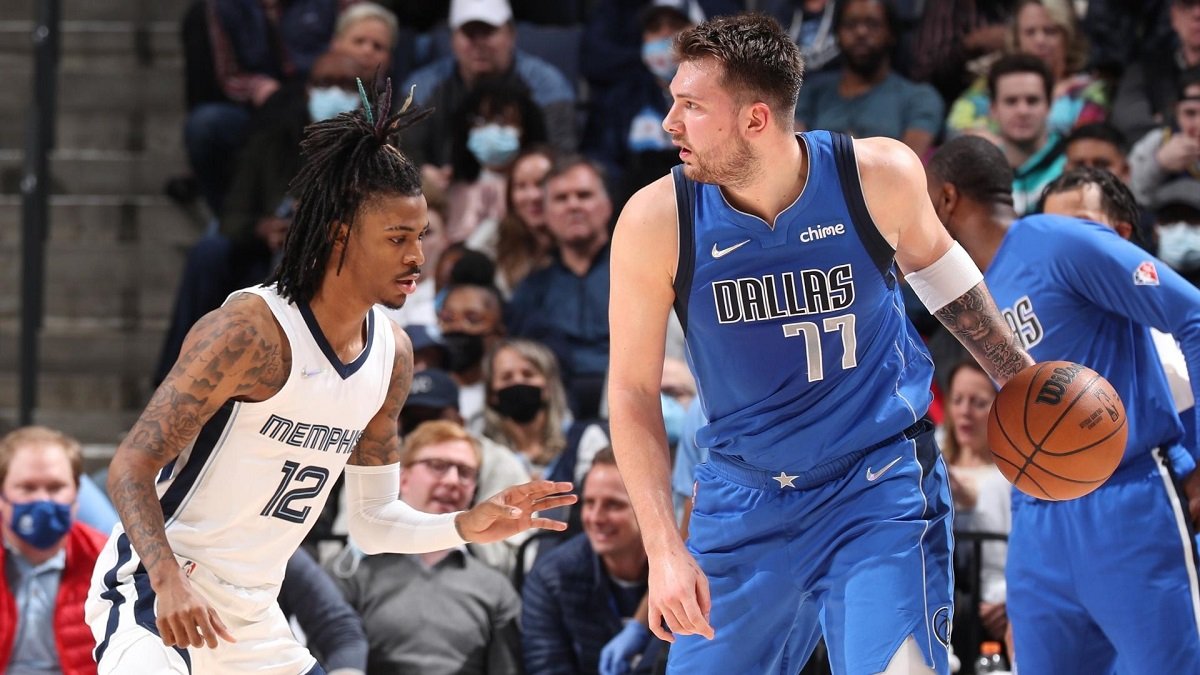 The Memphis Grizzlies were the surprise team in the NBA last season, and guard Ja Morant and teammates are the bettering favorite at +105 odds to win back-to-back Southwest Division titles. Luka Doncic and the Dallas Mavericks are not far behind the Grizzlies at +140 odds to win the Southwest.

Also, don’t sleep on the New Orleans Pelicans. Forward Zion Williams returns to the team after missing the entire 2021-22 season with a mysterious and lingering foot injury. The Pelicans are +4000 odds to win the Southwest Division, which they last won back in 2007-08 when they were known as the New Orleans Hornets.

Both of the Texas teams are not expected to put up a fight this season. The San Antonio Spurs and Houston Rockets are trying to finish the season with the worst record to tank for a chance to draft highly-touted French center prospect Victor Wembanyama with the #1 pick in the 2023 NBA Draft.

The Grizzlies posted a 56-26 record last season, which was the second-best record in the NBA behind the Phoenix Suns. The Grizzlies secured the #2 seed in the Western Conference Playoffs. However, their postseason run fizzled when Morant suffered a knee injury against the Golden State Warriors in the conference semifinals.

Oddmaskers projected the Grizzlies with a 48.5 o/u win total this season, which is seven fewer than last season’s impressive run.

The young Grizzlies exceeded expectations last season, so they’re being set up this season to potentially fall short of the mark. They might not finish with the second-best record in the NBA this season, or even lock up the #2 playoff seed. But the Grizzlies are the team to beat in the Southwest Conference.

Bane had a coming-out party, averaging 18.2 points, 4.4 rebounds, and 2.7 assists. He also shot a blistering 43.6% from 3-pont range. He flew under the radar last season as the Grizzlies’ second-best scorer, but he will not be overlooked this season.

The Grizzlies are the consensus favorite to win the Southwest at +105 odds. But they have more firepower than the Mavs, which makes them worthy of a flier to win back-to-back division titles.

Guard Luka Doncic is the heart and soul of the Dallas Mavs. However, as much as he’d like to drop a 40-point triple-double every game, the Mavs will not go far in the playoffs without a true all-around team effort. The Mavs lost multiple starters from last season’s roster. They traded forward Kristaps Porzingis to the Washington Wizards prior to the deadline, and guard Jalen Brunson bolted to the New York Knicks in free agency.

Guard Spencer Dinwiddie will slide into the starting five alongside sharpshooters forwards Reggie Bullock and Dorian Finney-Smith. The Mavs made a key offseason acquisition with big man Christian Wood, a center/forward who can provide a double-double every night so long as he remains healthy. Wood struggled with injuries the last couple of seasons with the Houston Rockets. But he can be a beast when he’s playing at full strength.

The Mavs have a projected win total of 48.5 o/u, which is less than last season’s 52-30 record. They finished in second place in the Southwest Division behind the Grizzlies, but secured the #4 seed in the Western Conference playoffs. The Mavs are the second favorite on the board to win the Southwest at +140 odds.

The New Orleans Pelicans have one of the widest win ranges in the NBA this season, because their success hinges upon the health of Zion Williamson. The former #1 pick has been plagued with injuries since his arrival from Duke in 2019. Williamson did not suit up for a single game last season, but he still earned a lucrative contract extension.

The Pelicans have a win total of 44.5 o/u, which reflects oddmakers’ lack of confidence in Williamson staying healthy all season.

On paper, the Pelicans boast a strong starring five with forward Brandon Ingram, guard CJ McCollum, forward Herbert Jones, center Jonas Valanciunas, and Williamson. They acquired McCollum at last year’s trade deadline, and he provides elite scoring on the court and veteran leadership off the court.

The second unit is anchored by guard Devonte’ Graham, and also includes center/forward Jaxson Hayes, forward/center Larry Nance, Jr. and center/forward Willy Hernangomez. The Pelicans also selected guard/forward Dyson Daniels with the #8 pick in the 2022 NBA Draft and have high hopes for the Australian wing player.

Head coach Greg Popovich loves European prospects, so you can only imagine how excited he is about potentially landing Wembanyama. The Spurs have not been the same team since center/forward Tim Duncan retired. Wembanyama has drawn comparisons to Duncan.

Oddsmakers at DraftKings installed the Spurs with the lowest win total on their board at 22.5 o/u. But will 60 losses secure the worst record in the league?

Then again, San Antonio’s starting five includes guard Tre Jones, guard/forward Devin Vassell, forward Doug McDermott, forward Keldon Johnson, and center Jakob Poetl. Those guys could win most pickup games at your local gym. But they’re not putting up much of a fight against the average team in the Western Conference.

While the Grizzlies and Mavs slug it out for first place in the Southwest, the Spurs and Rockets will be having their own bum fight in the basement.

After winning the Southwest crown for three seasons in a row between 2018 and 2020, the Rockets finished in last place in the division the last two seasons. The Rockets posted the worst record in the Western Conference during the previous two seasons in an effort to rebuild the team through high draft picks. Expect more of the same this season. Much like the Spurs, the Rockets have their eye on Wembanyama.

The Rockets are projected to win 23.5 o/u games, which is second-lowest in the league ahead of the Spurs. Losing aside, the Rockets’ roster is filled with upcoming stars like guard Jalen Green and forward Jabari Smith, Jr. The Rockets selected Green with the second-overall pick in the 2021 NBA Draft. Smith was the consensus top pick in 2022 mock drafts, The Rockets were thrilled that Smith slipped to #3.