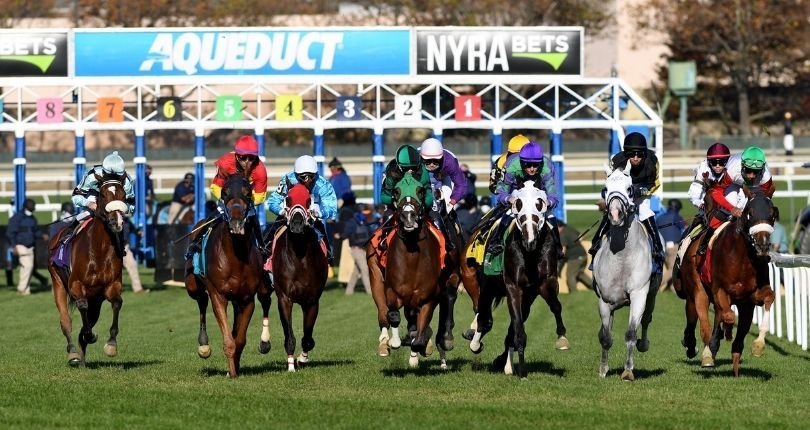 Sports betting in New York is getting ready to expand, thanks to the pending launch of mobile applications. But state Sen. Joseph Addabbo, D-Queens, is already looking to take another step and get the racetracks involved.

On Friday, the chairman of the Senate Committee on Racing, Gaming, and Wagering filed Senate Bill S7536 for the upcoming session in January. It would allow the thoroughbred and harness racing tracks to serve as hosts for one of the recently approved mobile sports betting operators.

It’s ridiculous that our New Yorkers can’t place a bet on mobile sports betting, and at the same time place a bet at the fifth race in Saratoga or what have you.” Addabbo told Casino.org in an interview Thursday. “It would be just a natural marriage. It would just be a rational thought, once again, to combine those two.”

Besides the tracks, Addabbo’s bill would also allow off-track betting parlors and professional sports arenas and stadiums to serve as affiliates. The bill also says the video lottery terminal (VLT) operator at Aqueduct Racecourse in Queens could host kiosks.

That unnamed operator is Resorts World, which the bill acknowledges will operate mobile wagering in the state. The bill, for now, does not give Empire City Casino in Yonkers a similar opportunity.

MGM Resorts International, which operates the Empire City Casino, is not given the same opportunity in the bill even though it operates at Yonkers Raceway, a major harness racing venue. MGM’s BetMGM also will serve as a sports betting operator.

Under state law, the operators must work through platform providers that have servers based at an upstate casino resort.

Addabbo’s proposed concept appears to replicate the “hub-and-spoke” concept the Seminole Tribe of Florida is implementing with pari-mutuel operators in The Sunshine State. While the plan is being challenged in a federal court, Seminole Gaming has already announced the first five pari-mutuel partners. Jim Allen, Seminole Gaming’s CEO and the chairman of Hard Rock International, said there are many more interested in joining.

California Tribal gaming leaders are also considering a hub-and-spoke approach to mobile sports betting as part of a measure they’re proposing to put on the 2022 general election ballot. But the spokes in their model would be tribes that do not want to run an app of their own.

Opportunity for ‘Dialogue’ on Fixed-Odds Racing

While sports betting is a fixed-odds proposition, horse racing is a pari-mutuel betting game. That means the odds may rise or fall before the event begins, and the 10-1 shot you bet on during the post parade may only go off at 5-1 depending on how many bettors got on the horse before post time.

As sports betting has grown in the US in the three-plus years since the Supreme Court overturned the Professional and Amateur Sports Protection Act (PASPA), some have called on horse racing to offer a fixed-odds product. Proponents say it would attract new bettors to the sport, something racing desperately needs. However, horsemen, whose livelihoods depend on the cut they receive from the pari-mutuel takeout, have raised concerns that the lower takeout fixed-odds product would torpedo the sport’s traditional betting pools.

New Jersey earlier this year passed a law that set up the legal framework for fixed-odds racing, and earlier this month, state officials approved the regulations. However, it’s still uncertain when the first races will be available to bettors.

Would fixed-odds be possible in New York? Addabbo told Casino.org that it’s worth discussing.

“Maybe for win, place, and show, I would say minimally, we could possibly talk about it for that,” the senator said. “But this is a great conversation to start with. We’re going to hear concerns. OTBs may have concerns and the standardbreds… Every good piece of legislation starts with a conversation. Starts with a dialogue, and this is a great dialogue. (The bill is) trying to better the horse racing industry.”

The horse racing bill is the latest gaming-related initiative to come out of Albany. Earlier this week, Assemblymember Gary Pretlow, D-Mount Vernon, announced he and Addabbo have filed bills that call on the state to issue two of the three downstate casino licenses this upcoming year. That’s instead of waiting until 2023, as according to the constitutional amendment New York voters approved in 2013.

The Gaming Commission has a request for information solicitation and will accept submissions for the informal, non-binding request through Dec. 10.

Pretlow made the announcement at a Wednesday rally held by a group of The Bronx and Westchester County business, labor, and civil leaders. All want to see the Empire City Casino in Yonkers get a full casino license. At the rally, he called on Gov. Kathy Hochul to support the measure, noting that her predecessor – ex-Gov. Andrew Cuomo – was an obstacle.

A spokesperson for Hochul told Casino.org Friday that that the governor would review all legislation that reached her desk.