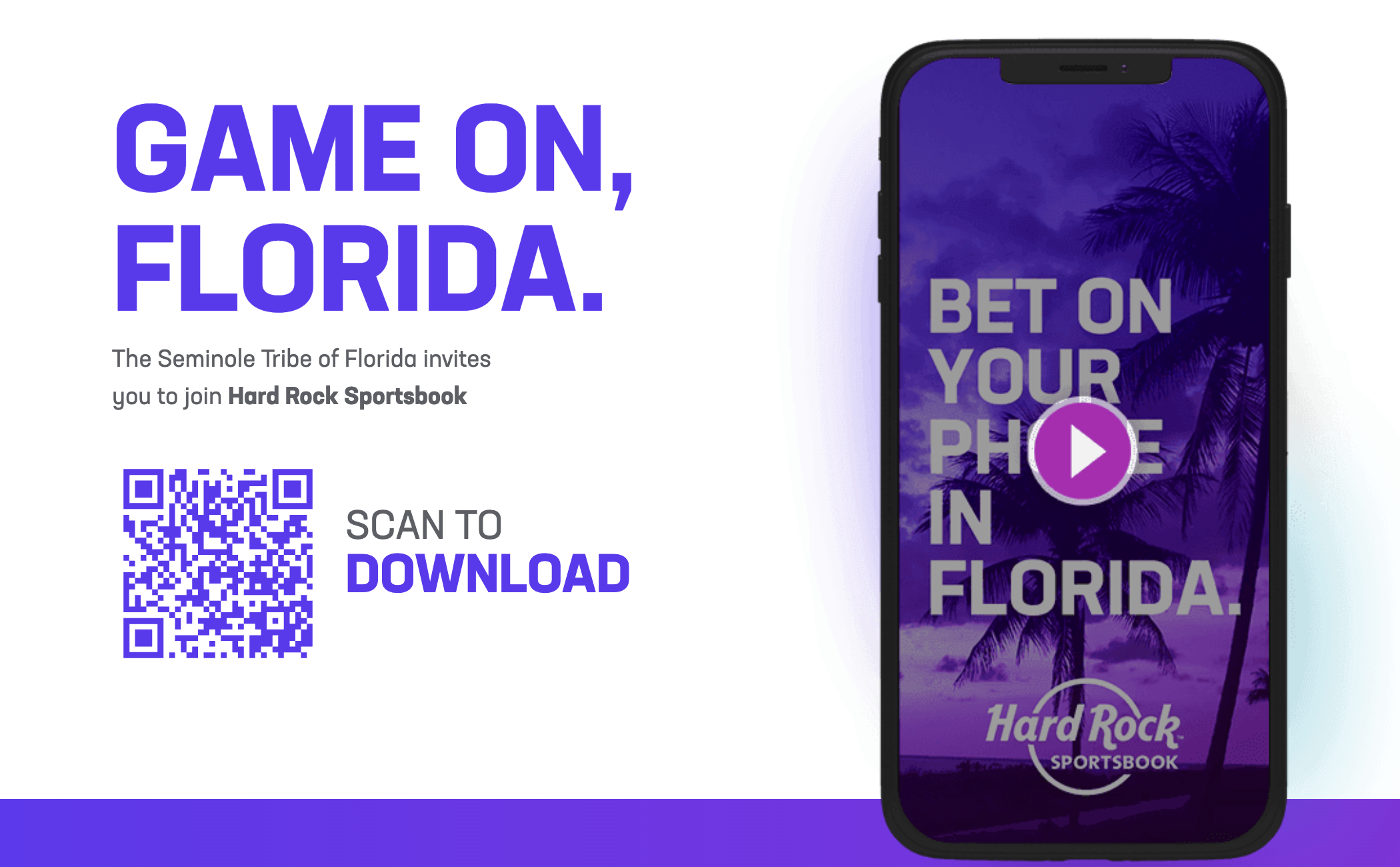 UPDATE (3:45 pm ET) – This article has been updated to include information on the Seminole Tribe of Florida’s emergency appeal to the District of Columbia US Circuit Court of Appeals seeking a stay of US District Judge Dabney Friedrich’s order.

A federal judge late Wednesday ruled against the Seminole Tribe when she declined to issue a stay on her order from earlier in the week. That ruling declared the tribe’s amended gaming compact with the state of Florida illegal.

Despite that, Seminole Gaming’s Hard Rock Sportsbook was still apparently taking wagers in Florida Thursday morning ahead of the biggest regular-season weekend in football.

The amended gaming compact gave the Seminole Tribe exclusive statewide rights to sports betting. But District of Columbia US District Judge Dabney Friedrich late Monday voided the entire compact. In her ruling, she said the agreement violated the Indian Gaming Regulatory Act (IGRA) because it included gaming off tribal lands.

The Seminole Tribe, which had tried to intervene in the case, filed for the stay less than 24 hours later and asked for a decision by Wednesday. In denying it Wednesday, Friedrich said the sovereign nation did not show “a substantial likelihood” of succeeding in the case, and “failed to identify a serious legal question” that’s required for a stay.

The Tribe also argues that the secretary inadequately represented its interests in this case… But the secretary shares the Tribe’s position on the interpretation of IGRA,” the judge wrote.

With the entire compact voided, the state of Florida stands to lose out on an estimated $2.5 billion in revenue over the next five years, and $6 billion by 2030. Besides legalizing sports betting, the amended compact also gave the Seminole Tribe the ability to offer roulette and dice table games at its casinos. It also gave the tribe rights to open new casinos on tribal lands.

The Seminole Tribe has also filed an appeal on Friedrich’s ruling in the DC Circuit Court of Appeals.

On Thursday afternoon, lawyers for the tribe filed an emergency appeal in the appellate court. They asked judges there to issue a stay on Friedrich’s order “pending resolution of the significant legal issues presented in the Tribe’s appeal” that’s also before the same court.

In the filing, the Seminole Tribe says the state of Florida supports the move. The plaintiffs are against the measure, but the defendants are taking no position in the matter.

“The District Court’s Memorandum Opinion and Order has had an immediate chilling effect on the Tribe’s operations,” the emergency appeal states. “The Tribe and the State stand to lose millions in lost revenues and revenue-sharing payments, and hundreds of jobs could be lost or furloughed pending resolution of these issues on appeal.”

Tribal leaders seek an expedited review of the case and have asked for a decision on the motion by Dec. 3, one week from Friday. Further delays, Seminole officials state, will cause additional harm to the tribe and state.

As the case proceeds to the appellate level, the attorney for the plaintiffs in the case expects the lawyers for the Seminole Tribe to be aggressive in trying to get a stay and ultimately getting the ruling reversed.

I don’t think they have a good basis for asking for (the stay), but I expect them to ask for that,” said Hamish Hume, a partner with Boies Schiller Flexner, in an interview with Casino.org Wednesday. “Their whole effort is to use their sovereign immunity as a sword to prevent the courts, any court from exercising judicial review, even over the secretary of interior’s deemed approval of the compact.

Hume represents the Magic City Casino and the Bonita Springs Poker Room. The two Florida-based pari-mutuel operators sued the US Department of the Interior and Interior Secretary Deb Haaland in August, claiming the compact violated IGRA, the 33-year-old federal law that oversees tribal gaming in the States.

While the Seminole Tribe is trying to intervene, he added that he does not believe the sovereign nation should be allowed to do that.

“It’s a case that challenges the federal approval,” he said. “We don’t really think they’re prejudiced (against), because the government defended it and will continue to defend it and their legal arguments the tribes made in the administrative record. So, this is a pure question of law: Is this thing legal or not? And that question can be decided just as easily with them out of the case as with them in the case.”

The plaintiffs’ case seeks to invalidate the entire compact. However, they also noted that the only provision they contested was the online sports betting aspect, which they said would harm Magic City and Bonita Springs.

In arguments earlier this month, Hume said the early launch of the sports betting app on Nov. 1 did impact the collective handle at Magic City and Bonita Springs within days.

The online sports betting provision of the compact also would allow the Seminole Tribe to establish partnerships with pari-mutuel operators that would host sports betting kiosks at their establishments. While Seminole Gaming CEO Jim Allen said there was a lot of interest in the hub-and-spoke network, Magic City and Bonita Springs said that the costs associated with the agreement would not likely make that arrangement beneficial for them.

Friedrich decided not to sever just the online sports betting portion, noting in her ruling that the federal government did not make the case for severability in its arguments. Hume told Casino.org that cases typically tried under the Administrative Procedure Act either have the agency’s complete decision upheld or invalidated.

“I think that’s sort of a relatively novel issue, whether the courts can only invalidate the online sports betting,” he said. “So, it wasn’t hugely surprising that she decided not to go there.”

When Will the Seminole Compact Case Be Decided?

It’s long been expected that the case would be appealed by whichever party lost in Friedrich’s court. It’s likely that whatever decision comes down in the circuit court of appeals will also be petitioned for a Supreme Court review.

The question now is the timing of all this.

If the case gets expedited, Hume said a decision at the circuit level could happen in a couple months. Without it being expedited, it could take six or more months before a decision is handed down.

“There’s a pretty big variability there,” he said. “It could even be longer.”

While the Hard Rock Sportsbook is still available for download on the Google Play Store as of Thursday morning, the online giant has changed its online advertising policies to block ads for sports betting in Florida.

The change was effective on Wednesday, according to the Google announcement on its advertising policies help page.