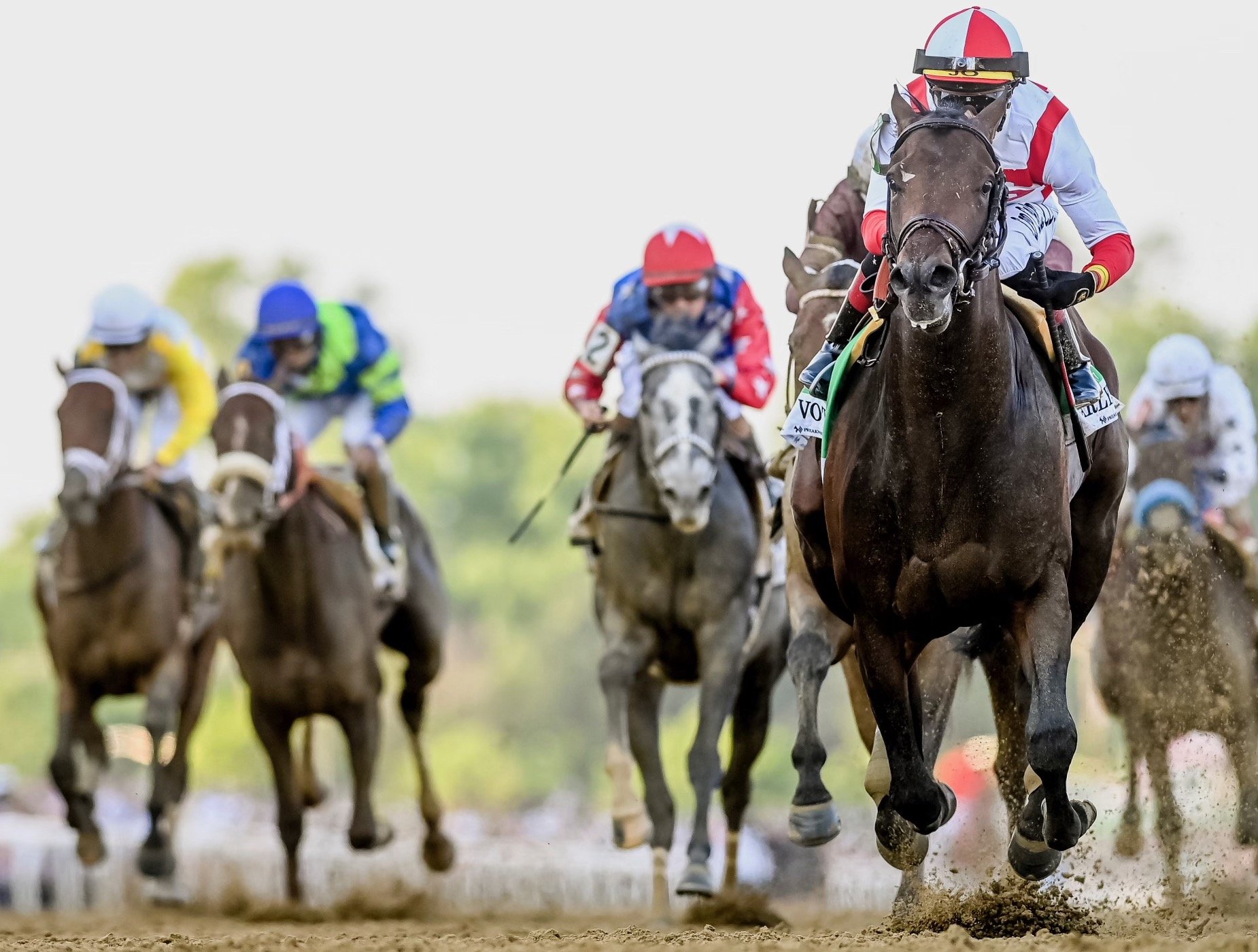 Betting on Saturday’s Preakness Stakes dropped by 5% from a record 2021, according to figures published by Pimlico Race Course.

All-sources wagering on the second jewel of the Triple Crown totaled $65.3 million. That’s down from the $68.7 million bet last year.

This year’s race did not include the Kentucky Derby winner, as Rich Strike’s connections opted to prepare the colt for the Belmont Stakes next month. Last year’s race featured Medina Spirit, who was awarded the garland of roses after last year’s Kentucky Derby, but then failed a post-race drug test. Medina Spirit, who died during training last December, was eventually disqualified as the Derby winner earlier this year and his trainer, Bob Baffert, was suspended by the Kentucky Horse Racing Commission.

Early Voting won Saturday’s race, holding off post-time favorite Epicenter by a length and a quarter. The Chad Brown-trained horse went off at 5-1 odds and paid $13.40 to win.

All-Day Wagering Down by Nearly $9M

Betting on the day’s 14-race card also fell from 2021, according to the Baltimore track. On Saturday, Pimlico reported a handle of $104.3 million. That’s off by 8% from the record-setting $113.4 million bet on last year’s 14-race Preakness Day card.

Who’s Likely for the Belmont?

While Rich Strike gets ready for the June 11 Belmont, the top two finishers from the Preakness aren’t training for that race.

Early Voting did shuttle up to Belmont Park, the Long Island track that serves as Brown’s main stable. However, Brown said Sunday that the 1-1/2-mile Belmont Stakes isn’t in the cards for his colt and that the horse’s next race remains to be determined.

“He’s only run four times and he’s done everything we asked him to do,” Brown said.

While Early Voting had more than enough points to run in the Kentucky Derby, Brown and owner Seth Klarman opted to keep him out of that race and prep him for the Preakness.

For Epicenter, it marked the second straight time he finished second, much to the chagrin of his trainer, Steve Asmussen. Asmussen’s top assistant, Scott Blasi, said Sunday that Epicenter looked good on Sunday.

Owner Ron Winchell said it’s “a stretch” to bring him back in three weeks for the Belmont. After the Kentucky Derby loss, Winchell said the goal was to make Epicenter the 3-year-old champion at year’s end.

That’s still possible, even without a win in a Triple Crown race. They could point the Louisiana Derby winner to either the Haskell Invitational at Monmouth Park on July 23 or the Travers Stakes at Saratoga on Aug. 27.

Creative Minister, who finished third in his graded stakes debut, would likely run in the Belmont, trainer Kenny McPeek said.

The post Preakness Handle Down from 2021; Belmont Unlikely for Early Voting, Epicenter appeared first on Casino.org.