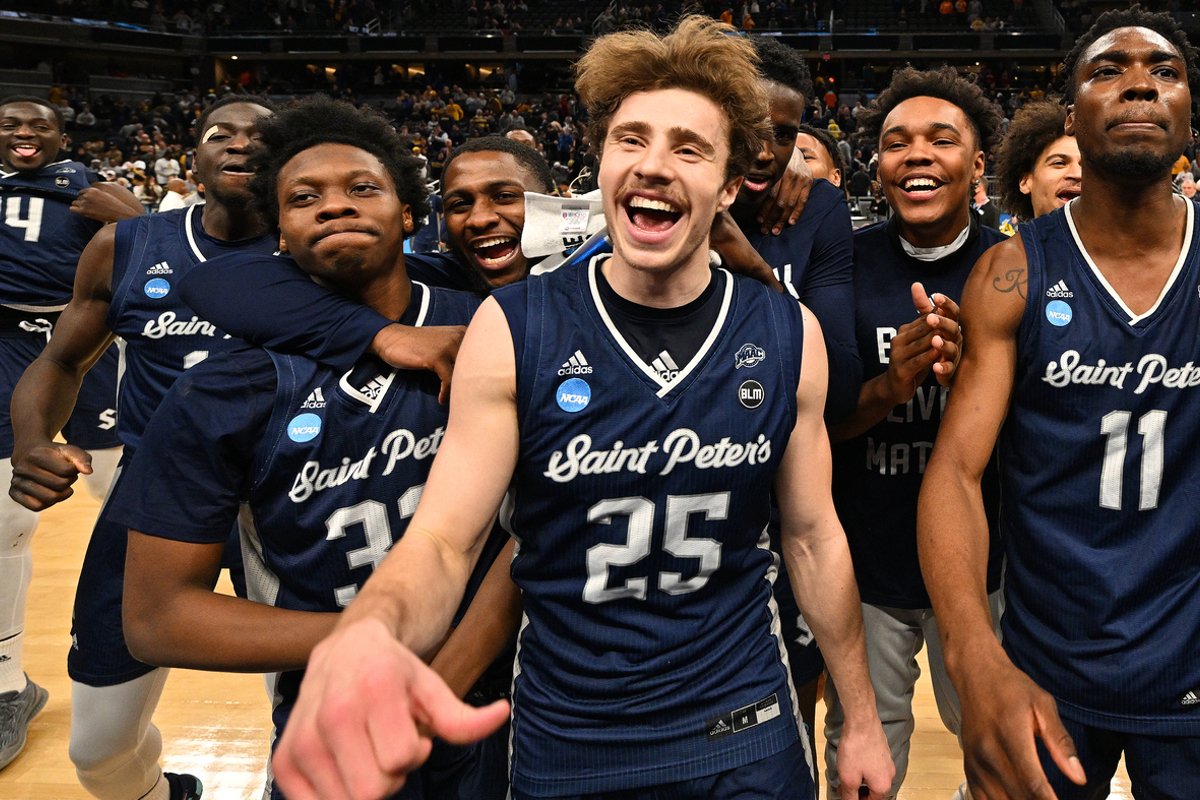 Saint Peter’s did the unprecedented during the 2022 men’s college basketball tournament by being the first 15-seed to reach the Elite Eight. And the unlikeliest of Cinderella stories ended up being a tale of riches for sportsbooks and oddsmakers.

During and after the Peacocks’ memorable run of upsets over No. 2 Kentucky, No. 7 Murray State, and No. 3 Purdue, sportsbooks took a bounty of action on Saint Peter’s. Many casual — aka public — bettors plopped down a few bucks on the Cinderella going all the way in what would be a nearly unthinkable feat.

Those bets quickly added up, as oddsmakers gladly accepted the action on the Jersey City, New Jersey, private Jesuit university. Sportsbooks had little hesitation in welcoming the action, as the experts felt — even amid Saint Peter’s historic run over blue-blooded Kentucky — that the Cinderella would eventually falter.

But before last night’s Elite Eight showdown between Saint Peter’s and another NCAA basketball blue blood — North Carolina — oddsmakers reported that the Saint Peter’s liability was a growing concern.

With just three teams standing between them and the NCAA Men’s Basketball Championship, BetMGM said yesterday that a Peacocks title would represent the company’s largest loss in history.

It became quickly apparent yesterday evening that the Saint Peter’s run was reaching its end. UNC dominated from the start, as the Tar Heels jumped out to a 9-0 lead and never looked back.

UNC advances to a record 21st Final Four appearance. The Tar Heels will meet rival Duke in the NCAA tournament for the first time — a shocking statistic that few knew before UNC’s advancing Sunday night to meet the Blue Devils.

Saint Peter’s goes home, but not before the Peacocks made the 2022 tournament one to remember. Their run also provided a bounty of winnings for sportsbooks.

BetMGM wasn’t alone in reporting substantial action on Saint Peter’s. Since the Elite Eight was determined, FanDuel said Saint Peter’s accounted for 45% of its title futures.

For Sunday’s game against the Tar Heels, bettors heavily backed the underdog Peacocks, being given anywhere from 7.5 to 8.5 points.

Caesars Sportsbook said 62% of the money was on Saint Peter’s against UNC. Other books rooting for UNC yesterday included PointsBet, which said Saint Peter’s was responsible for 61% of the money, and DraftKings, which reported 59% of the cash on the underdog.

Saint Peter’s coach Shaheen Holloway has led the Peacocks since 2018. But following his team’s historic run, his days at the school are likely numbered.

Holloway’s publicly disclosed salary for this year is $266,000. Rumors are swirling that nearby Seton Hall — the school Holloway graduated from in 2000 — is readying an offer to him as much as 10 times that compensation.

Seton Hall is also where Holloway served as an assistant coach from 2010 to 2018.

“I’m not worried about that right now,” Holloway said last night regarding Seton Hall. “I’m worried about those 15 young men whose hearts are broken. It’s my job as their leader to cheer them up, make sure they understand what they did the last two weeks.”