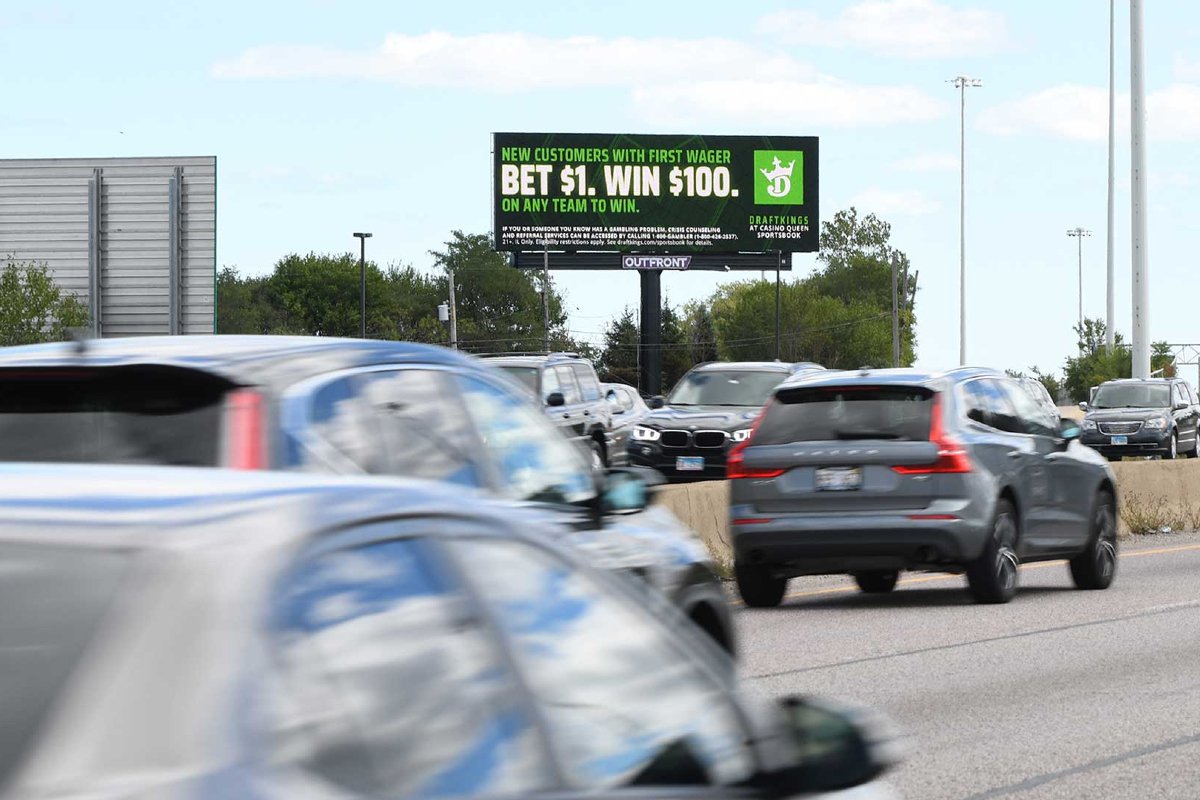 This advertising, marketing, and promoting is obnoxious,” Caputo said recently to NJ Advance Media. “It’s obscene. You can’t possibly flip on the television without being hammered with a [sports betting] advert.

“I’m sufficiently old enough to not be entrapped, but there are plenty of younger people who find themselves being influenced by these advertisements,” Caputo continued. “It’s very upsetting to see.”

New Jersey is the second-richest sports betting state behind New York. Nearly $11 billion was wagered legally on sports last year in New Jersey. Oddsmakers kept about $770 million of the action on a 7% win rate.

According to Media Radar, the US gaming industry spent $488 million between November 2020 and November 2021 on television advertising. The bulk of the spend came from online sports betting companies such as DraftKings, FanDuel, BetMGM, and Caesars Sportsbook. Adweek adds that sportsbooks doled out nearly $21.5 million on television commercials during the first week of the NFL regular season last year.

Across all verticals, such as television, radio, billboards, and social media, as well as promotional incentives, DraftKings and FanDuel each spent around $800 million last year. The incessant marketing, however, is fueling a rise in people seeking treatment for gaming disorders, claims Felicia Grondin of the Council on Compulsive Gambling of New Jersey (CCGNJ).

“The uptick is pushed by the abundance of promotion on television,” Grondin said. She particularly takes issue with sportsbooks routinely offering risk-free promotional bets.

“Advertising of this nature can be equated to a liquor store offering free alcohol or a drug dealer offering a free bag of heroin to individuals with a substance abuse problem,” Grondin declared.

Caputo concedes that since the local television stations serving New Jersey are primarily based in New York and Pennsylvania, there’s not much Garden State lawmakers can do. The state also does not have authority over streaming providers.

Such an initiative would seemingly take a page out of the NFL’s playbook. Last October, the NFL committed more than $6.2 million to launch its first-ever Responsible Play program.

The NFL ran a 30-second spot starring former NFL coach Steve Mariucci informing viewers of the potential risks of betting on sports during the nationally broadcast playoffs games in January. The PSA was developed in conjunction with the National Council on Problem Gambling.