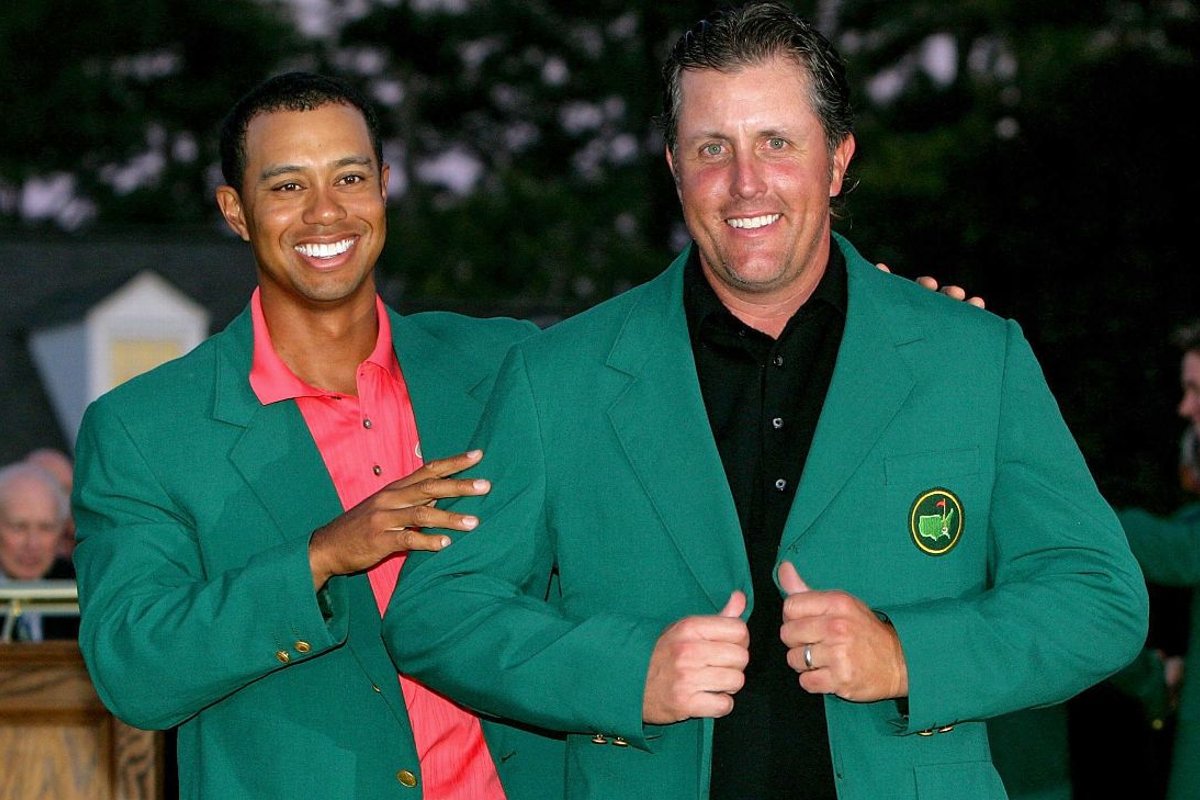 Tiger Woods and Phil Mickelson have eight green jackets between the two of them, so the betting enthusiasm behind the two World Golf Hall of Fame members for next month’s Masters isn’t exactly surprising. What is surprising is that substantial wagers continue to roll in on the two, despite little chance of either teeing it up April 7-10 at August National.

BetMGM revealed this week that both Woods and Mickelson are betting favorites among the public. Woods’ name is on 2.1% of all Masters tickets, while Mickelson accounts for 1.4% of the bets.

Woods and Mickelson are both in BetMGM’s top 20 in terms of tickets. They have each gained more bets than such notables as defending champion Hideki Matsuyama, Bryson DeChambeau, and 2018 Masters winner Patrick Reed.

Despite the robust betting on Woods and Mickelson for the 2022 Masters, oddsmakers would love more money on them. That’s because the expert bookmakers feel there’s little chance either don another green jacket next month.

BetMGM and other legal US sportsbooks will only make a buck on Woods and Mickelson if they tee it up at Augusta National. Otherwise, such bets will be returned.

Woods continues to recover from severe injuries he sustained during his February 2021 single-vehicle accident in Rancho Palos Verdes, California. Reports surfaced this week, albeit to celebrity magazine People, that Tiger is focusing on returning for the Masters — but the 2023 tournament, not next month’s.

Woods did play with his son Charlie during last December’s PNC Championship, an unofficial PGA Tour event that allows Tour players to partner with their child or parent.

Mickelson announced a leave of absence in February after he received much backlash for his explosive allegations against the PGA Tour. The remarks were in relation to the controversy surrounding recent efforts led by World Golf Hall of Fame member Greg Norman to form a Saudi-backed golf league.

The PGA Tour does not comment publicly on disciplinary actions, so it’s unknown if Mickelson has been suspended. Mickelson last month said he was “deeply sorry” and announced he would be stepping back from public life to “self-reflect and learn.”

As for the contenders, world No. 1 Jon Rahm is the consensus favorite. BetMGM has him at 9/1. The Spaniard is responsible for 4.6% of the BetMGM tickets.

World No. 2 Collin Morikawa has been a popular bet at BetMGM. The California native leads the way in action with nearly 7% of the tickets. BetMGM has subsequently cut his line to 12/1.

Other Masters favorites include Patrick Cantlay and Xander Schauffele, who are each responsible for 5.1% of the BetMGM Masters slips, and longtime friends Jordan Spieth and Justin Thomas, who each have attracted 4.5% of the action.