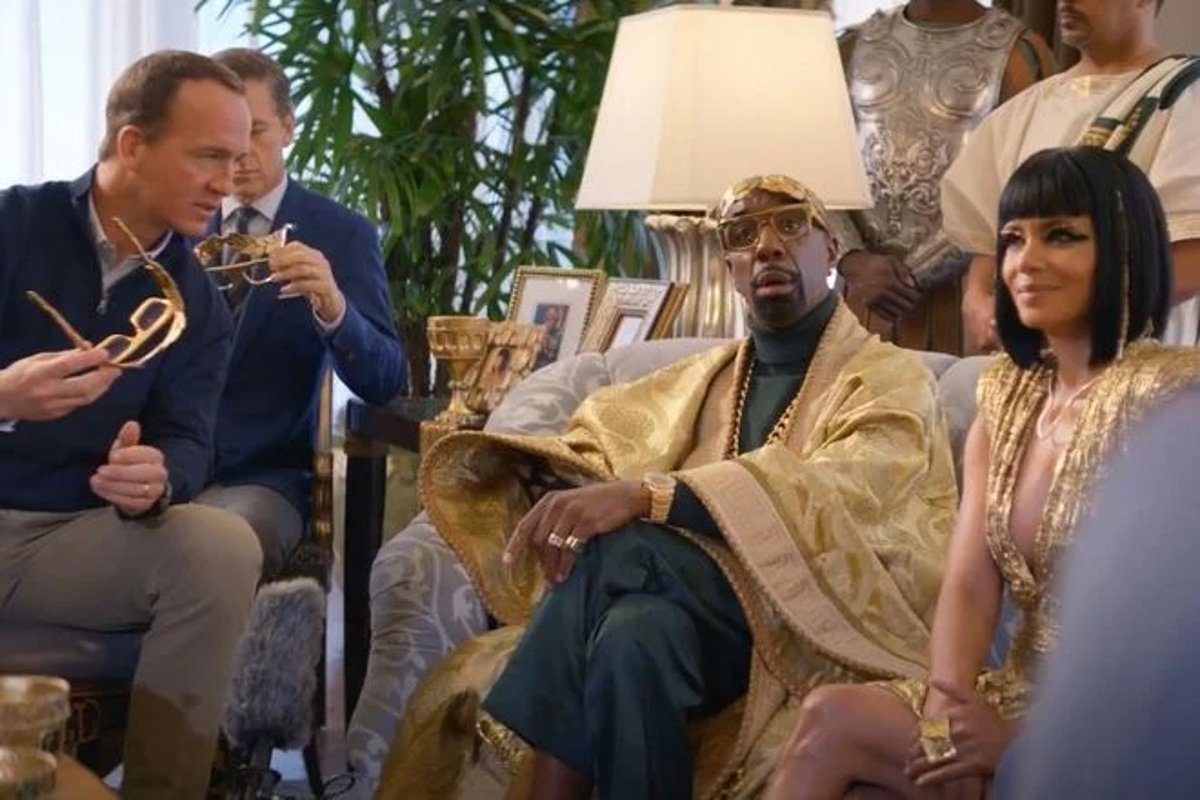 Caesars Entertainment is perhaps the best-known casino brand in the United States. That’s likely why the casino giant has opted not to bet on advertising during Super Bowls in years past. However, that’s changing for the big game next weekend.

Caesars confirmed today that its sportsbook unit will run a 30-second commercial during Super Bowl LVI. The game will take place on February 13 at SoFi Stadium in Inglewood, Ca., south of Los Angeles. The Caesars Sportsbook spot will air during the second quarter.

Actor/comedian JB Smoove returns as Caesar in a new installment of the “Caesars and Cleo” campaign. Along with Smoove, who gained fame for his role on HBO’s “Curb Your Enthusiasm,” the Caesars Sportsbook Super Bowl commercial features Halle Berry and the Manning family — Archie, Cooper, Eli, and Peyton.

“Caesar is ready for his Super Bowl debut alongside Cleo and the ultimate football family, the Mannings,” said Sharon Otterman, chief marketing officer of Caesars Digital.

NBC is airing the Super Bowl this year and is charging a record $6.5 million per 30-second ad slot. Caesars Sportsbook is only the second gaming company to purchase Super Bowl ad time, DraftKings again spending big to get on the country’s biggest advertising stage.

“Caesars” today is just as synonymous with Las Vegas and casino gambling as it is with the Roman general and statesman. But the casino company wants Caesars to also conjure up strong sentiments of sports betting.

The Caesars Sportsbook is the rebranding of William Hill, the UK bookmaking giant that the Nevada gaming company acquired last year in a roughly $4 billion transaction.

Caesars’ initial rollout of its sportsbook brand was met with plenty of criticism. The Caesars Sportsbook marketing launch with Smoove and fellow actor/comedian Patton Oswalt was heavily panned by Casino.org readers. “Annoying,” “obnoxious,” and “horrible” appeared in many of the comments.

These ads with are obnoxious. The spokesman mumbles and screams. I am trying to listen to news stations and it is so loud that everyone in the office jumps. Take the ad off the air!” commented Casino.org reader Susan.

“The way Caesar scorns, humiliates, and punishes Carl for asking questions reminds me of all the reasons I hated jocks in high school. Do I want to jump into sports betting with bullies who will shame me if I don’t understand how everything works? Nope,” opined Destiny.

Caesars is pressing on with its Caesars Sportsbook campaign despite some negative feedback. Otterman says the sportsbook’s Super Bowl commercial highlights “family, fun, and football.” She hopes the Caesars spot will have people talking the morning following the big game.

We’re excited to debut the next episode of our iconic campaign and hope it will be the topic of conversation on Monday after the game,” Otterman explained.

Caesars Sportsbook hopes to recoup its $6.5 million Super Bowl advertising bet with action on the big game itself. The sportsbook this week released a prop betting menu on Super Bowl LVI that features more than 2,000 ways to gamble on the Cincinnati Bengals and Los Angeles Rams championship game.