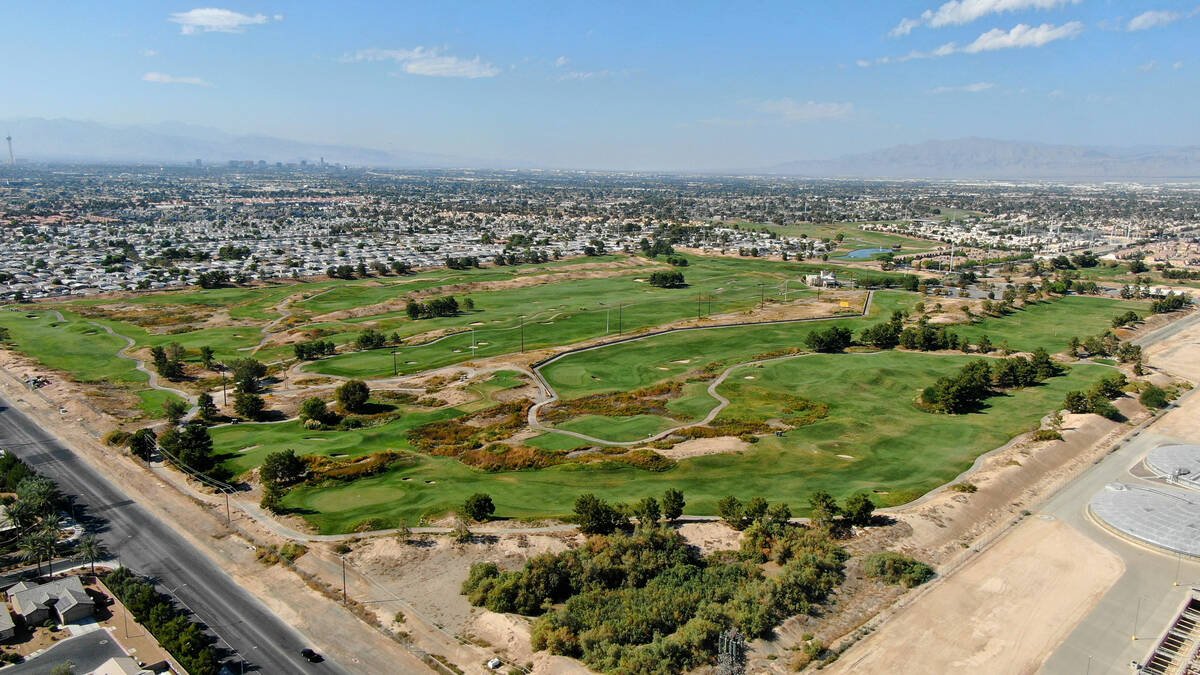 The Royal Links Golf Club is located a little more than six air miles east of the Las Vegas Strip. Walters, considered one of the most successful professional sports bettors in Nevada history, sold the golf course in 2016 to Scottsdale Golf Group for an undisclosed sum.

Walters divested his golf property holdings during the federal prosecution of his insider trading case that landed him a five-year prison sentence after being found guilty in 2017.

Walters was released in May of 2020 to home confinement. Eight months later, his sentence in January of 2021 was commuted by President Donald Trump before he exited the White House.

Royal Links was designed by Dye Designs, the golf course architecture firm of the late Pete & Alice Dye. The Dyes are responsible for many of the country’s most esteemed tracks, including the Stadium Course at TPC Sawgrass, the Ocean Course on Kiawah Island, and Whistling Straights.

Royal Links paid homage to links courses in the UK and Ireland. Each of the 18 holes is inspired by a famous hole from such courses as St. Andrews, Muirfield, and Carnoustie.

Scottsdale Golf Group, an Arizona-based golf course management firm, sold Royal Links and its 162 acres prior to the end of 2021 to Touchstone Living, the Las Vegas Review-Journal reported.

Touchstone Living has no interest in running a golf course. Instead, the Nevada-based real estate developer plans to build a new residential community on the Royal Links grounds.

Southern Nevada’s housing market is soaring. The median sales price of a new single-family home was $470,000 in November — the most recently reported real estate data period. The latest average price of a new home represents a nearly 18 percent year-over-year increase.

Billy Walters has remained relatively under the radar since receiving a last-minute commutation from his longtime friend Trump. Walters did, however, publicly announce a $1 million donation to the rebranding effort of McCarran International Airport to Harry Reid International.

Walters, who once owned several golf courses in the Las Vegas Valley, is down to only one. The man who is banned from most Las Vegas sportsbooks continues to own Bali Hai Golf Club just south of the Strip.

Waters’ insider trading conviction stemmed from the sports bettor being fed confidential information regarding Dean Foods. That data came from the dairy food and beverage manufacturing giant’s then-chairman, Tom Davis. Davis was reportedly indebted to Walters due to sports gambling.

Walters was found guilty of using the private information about Dean Foods to gain $32 million in stock profits. The scandal additionally involved golfer Phil Mickelson, who was found to have also benefited around $1 million from Dean Foods tips supplied by Walters. Mickelson was never charged with any wrongdoing but did turn over his profits to the US Securities and Exchange Commission.