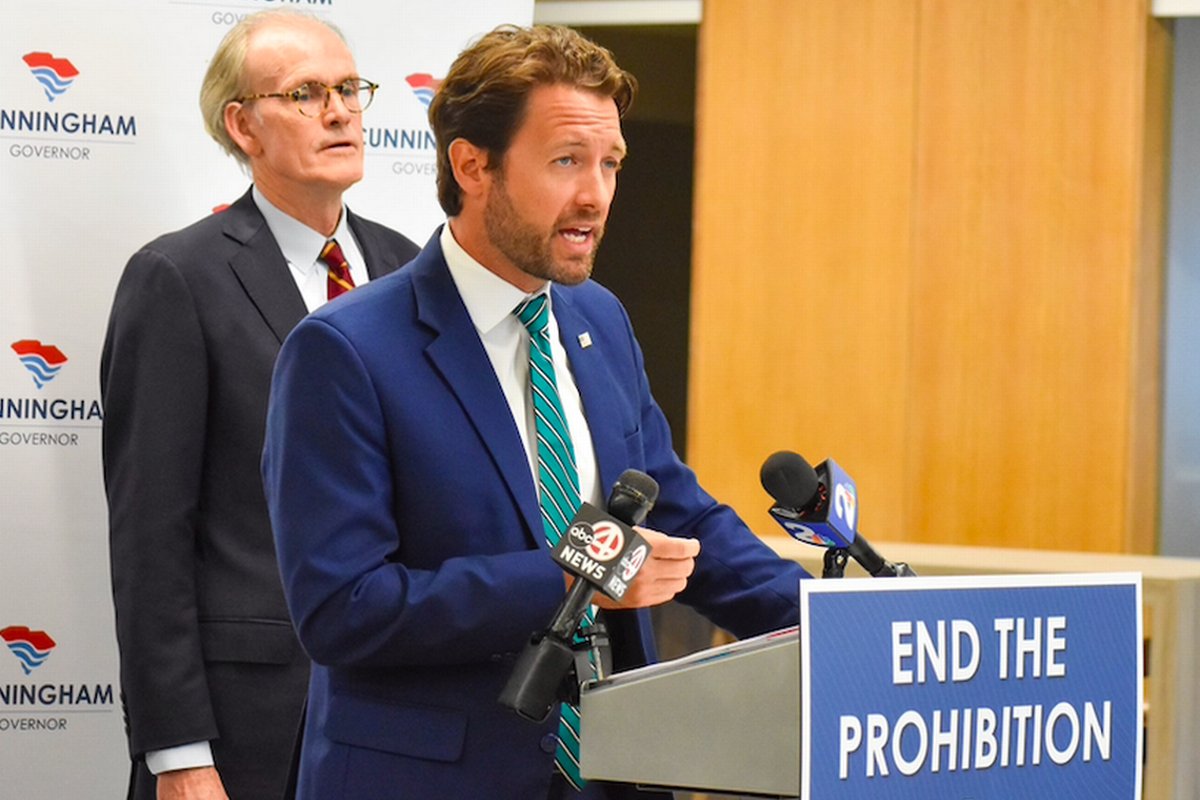 South Carolina remains on the sidelines of legal sports betting. But a former US congressman says he’ll fight to change that should he be elected to the state’s highest office.

Thirty states plus DC currently have legal sports betting operational. South Carolina isn’t one of them, as the state has maintained its prohibition on nearly all forms of gambling — its state-run lottery being the lone exception.

South Carolina is one of only two states — Hawaii being the other — that does not permit commercial or tribal casinos, charitable gaming, pari-mutuel wagering, racetrack gambling, iGaming, or sports betting.

Joe Cunningham, a former US congressman who represented South Carolina, says it’s time for that to change. The 2022 gubernatorial candidate believes the state should legalize and regulate sports betting in order to generate tax revenue from an activity that he says is already going on.

Cunningham was elected to Congress in 2018 to represent South Carolina’s 1st District. The now 39-year-old was narrowly defeated in 2020 by Republican challenger Nancy Mace.

With his short one-term stint in DC finished, Cunningham is focusing his ambitions on the governor’s office. And the former lawmaker is betting on winning over some voters by way of backing sports betting.

“It is time to give South Carolinians the same freedom people in 30 other states enjoy,” Cunningham added in a news release. “This is about freedom. I’m tired of letting North Carolina and Georgia reap the benefits of new industries because South Carolina politicians won’t get out of our way.”

While North Carolina allows its tribal casinos to take in-person bets on sports, Georgia has not yet moved to authorize such gambling.

Joe Cunningham is garnering headlines with his public support of sports betting. But his chances of winning in November aren’t exactly strong.

South Carolina Governor Henry McMaster (R) is seeking a second full term. McMaster replaced Nikki Haley (R) in 2017 after she ended her governorship early to become the United States ambassador to the United Nations under President Donald Trump. McMaster was elected for a full four-year term the following year.

McMaster is the heavy favorite for South Carolina’s 2022 gubernatorial election.

No legal sports betting state in the US has yet approved allowing oddsmakers to take action on political outcomes. Betting exchange PredictIt operates lawfully under the US Commodity Futures Trading Commission but hasn’t received enough interest from its political bettors to launch a 2022 gubernatorial market in South Carolina. Real Clear Politics has not reported any polling on the upcoming race.

The last Democrat to hold the governor’s office in South Carolina was Gov. Jim Hodges, who served a single term from 1999 to 2003.